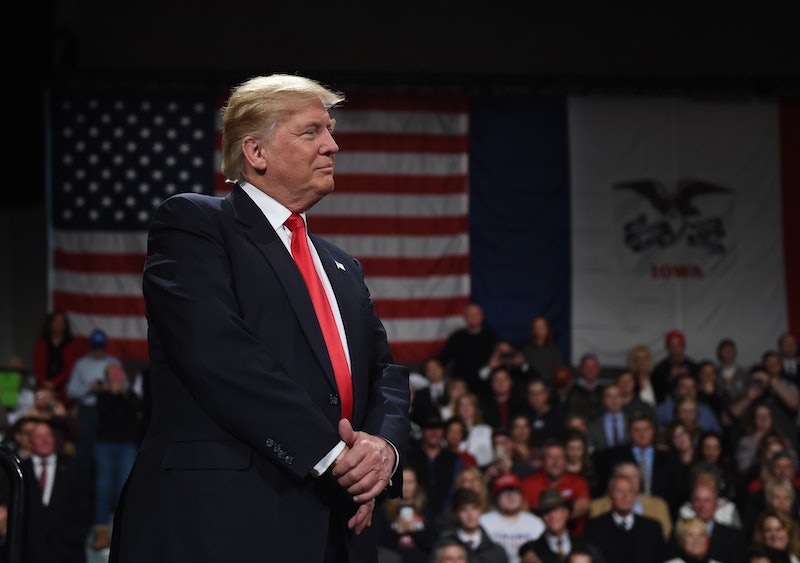 When the Electoral College met on Monday, Donald Trump easily won the 270 electoral votes needed to become president. But one more vote has to take place before Trump can be inaugurated, and it will happen on Jan. 6. That's when Congress officially certifies the electoral vote, and only then will Trump be allowed to take the oath of office. The responsibility is split between the two chambers of Congress: The House of Representatives officially certifies electoral votes for the presidency, while the Senate is tasked with certifying the vice presidency.

Although the November vote gets all of the attention, it's but one of many steps in America's process of choosing the next president and vice president. After the popular vote is certified by each state's Secretary of State, electors across the country meet to formally cast votes on behalf of their state. That's what happened on Monday. After that, each state's electors prepare six copies of a document called the Certificate of Vote, which states how they all voted. Copies of this document are sent to various officials, including the archivist of the U.S. and the vice president, who receives the document in their capacity as president of the Senate.

Then, on Jan. 6, Congress will hold a joint session to certify the electoral vote. Two weeks later, the next president is sworn in.

Had there been any serious disputes regarding a state's popular vote total, or its apportionment of electors, it would be Congress's job to resolve that dispute when it certifies the electoral vote. However, Trump cleared 270 electoral votes with ease this year, and despite the fact that he received 2.8 million fewer popular votes than Hillary Clinton, there was no dispute surrounding the validity of his Electoral College victory itself. As a result, this year's Congressional certification of the electoral vote will largely be a formality.

The unnecessary complexity of the presidential vote process, as well as the undemocratic nature of the electoral college, has led to many to call for a more simplified system. Unfortunately, it's very unlikely that this will happen: Changing the method by which America chooses its presidents would, in most cases, require a Constitutional amendment, and that's a pretty heavy lift in this hyperpartisan political environment.

One potential workaround is the National Popular Compact, a proposal to enact laws at the state level requiring the state in question to give all of its electoral votes to the winner of the national popular vote. In theory, if a combination of states worth 270 electoral votes or more passed this law, the Electoral College would effectively become irrelevant, and the popular vote winner would become president. However, not enough states have passed this law for it to accomplish this goal.

As it is, we're stuck with the system we've got. Barring anything extraordinary, Congress will certify Trump as the electoral college winner on Jan. 6, and he'll be sworn in as president two weeks later.