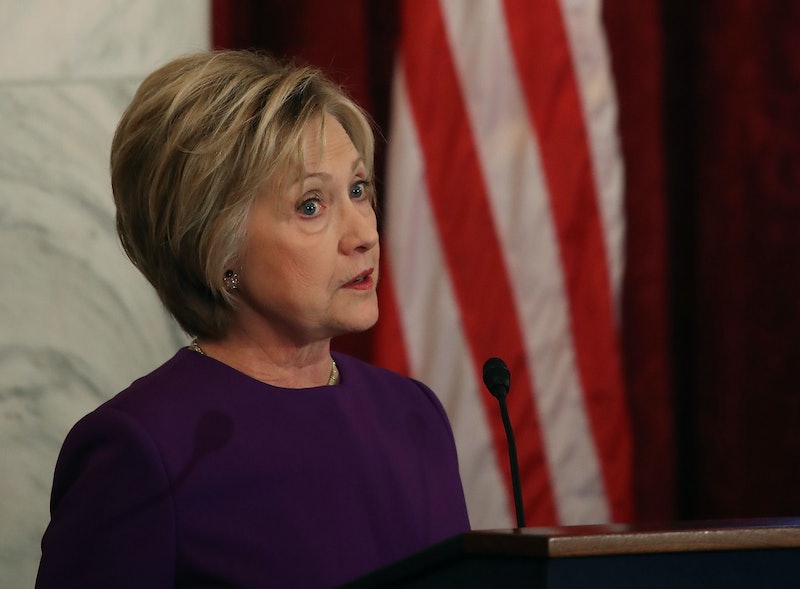 Despite pleas from Americans for Republican Electoral College members to go against their party and not vote for President-elect Donald Trump, it did not make a difference. In fact, not a single faithless elector voted for Hillary Clinton.

In the end, it was actually the Democrats who were the ones to break from their party's choice and voted against Clinton. Four Democratic electors in Washington state successfully became "faithless" as they refused to vote for the candidate selected by their party. Three voted for Colin Powell and one voted for Faith Spotted Eagle, a Native American elder who protested the Dakota Access pipelines.

Other electors attempted to become faithless, but were unsuccessful. In 29 states, it is against the law for electors to vote against the party's wishes. In Maine, a Democratic elector tried to vote for Bernie Sanders, but was ruled out of order and changed his vote to Clinton in a revote. A Minnesota elector was actually replaced by his party after he tried to vote for Sanders instead of Clinton in protest of the state's law that he vote for the winner of the state's popular vote. One Democratic elector in Colorado even tried to vote for Ohio Gov. John Kasich before being replaced.

The only Republicans who did not vote for Trump were two electors from Texas, though they both voted for other Republican leaders. One voted for Kasich, and the other chose Ron Paul.

Now that the Electoral College has done its job, the last steps in the election process will take place. By Dec. 28, states will submit their certificates of votes to the Federal Register. Then, on Jan.6, Vice President Joe Biden will call a congressional joint session to officially count the votes. Later, on Jan. 20, Trump will become president at his inauguration.

Especially after the hype surrounding the possibility of the Electoral College blocking the presidency from Trump, Monday's vote can very much seem like a major letdown for Democrats. Now is the time when we have to work harder, organize and educate more people to fight for our rights. The next four years are just as important for Democrats as they are for Republicans who have claimed this victory. The fact that several Clinton electors decided to vote another way is a troublesome reality, and it's time for the party to rethink its strategy and decide how to move forward.