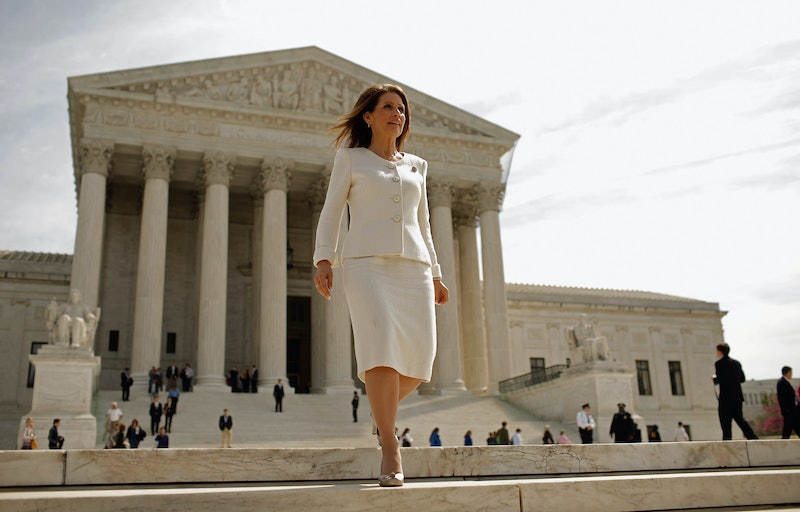 Those were Michele Bachmann's not-so-parting words in an exclusive interview with Fox News' Sean Hannity on Thursday.

Bachmann, a Republican representative from Minnesota for the last eight years, announced that she won't seek reelection come 2014. The move came as a surprise, since the Tea Party leader had already began campaigning, raising money, and running ads for a rematch in the fall.

So, what's next for Bachmann?

In the interview with Hannity, she said she's "wide open" to other possibilities and will "continue to be a very strong voice."

“In fact, I may run for another public office, that could happen,” Bachmann said. Although Bachmann didn't directly comment on a run for president in 2016, there have been rumors that she plans to do just that. However, she claims it's not her "number one item either."