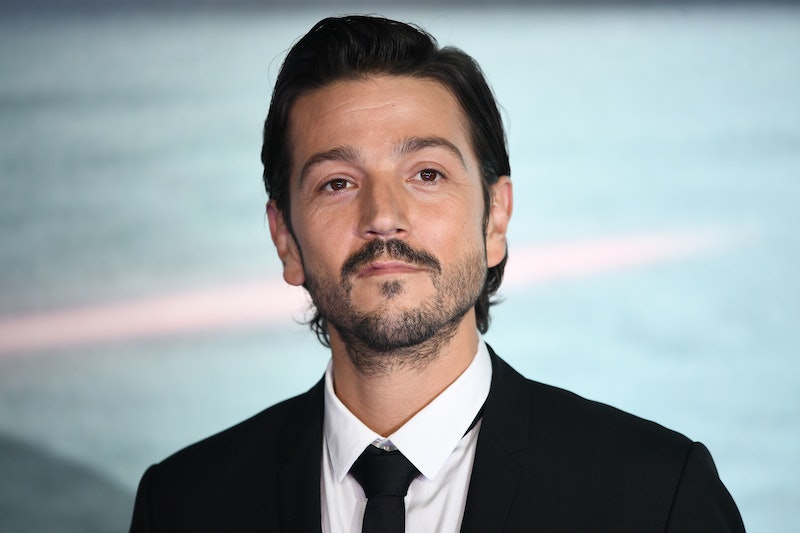 Alright, so, 2016 seems to have been a pretty rough year for nearly everyone. But, now that we are exiting this momentous and terrible year in history, it's fun to try to look back at everything that made us smile and forget about things for a bit. Just in the nick of time, Rogue One was released and, let's face it, anything Star Wars can brighten up a day. But something special happened this time around, because on the current promo tour for the film, Diego Luna has voiced his obsession with Jabba the Hutt and it is the pure thing you need in your life right now.

Luna on his own is already a beautiful, adorable, and incredible actor, but add in him fawning over his favorite childhood Star Wars characters, and his cute levels are out of control. Luna plays rebel intelligence officer Cassian Andor in the film, and by all accounts, it sounds like Luna was a Star Wars fanatic before he was cast.

A hilarious, and very specific, tidbit of information about Luna was found by an intrepid fan who made a supercut video of all the times Luna was obsessed with Jabba the Hutt's texture, and honestly, I can't get enough of it. My favorite thing is that in the video he repeatedly uses the same phrasing to described Jabba's skin, but his way with words will make you swoon, even if he's just speaking about a gelatinous Star Wars villain.

First off, Luna talks about Jabba the Hutt in such an admiring way, you just feel his connection to him. Perhaps it was his favorite character as a kid? Or maybe he's like me just loves to touch everything to see how it feels? In the first video of the supercut, Luna speaks about Jabba in the way I often speak about my foodie adventures, "Jabba, I want to touch Jabba. I know it sounds gross, but it might be delicious." Delicious is not the first word I think of when thinking of Jabba the Hutt, but that's fine. We all have different tastes.

Later on, Luna just says how he feels outright in an interview: "It's quite an interesting character and, I don't know, that texture of his skin is just something that obsesses me." I love how borderline creepy this all sounds, but Luna makes it all well with his cute, sly smile.

You know what, life is difficult and complicated, but listening to Luna fanboy over Jabba the Hutt is just the remedy to lift up your spirits. The actor describing Jabba as "delicious" will probably keep me giggling until 2017, thank goodness.