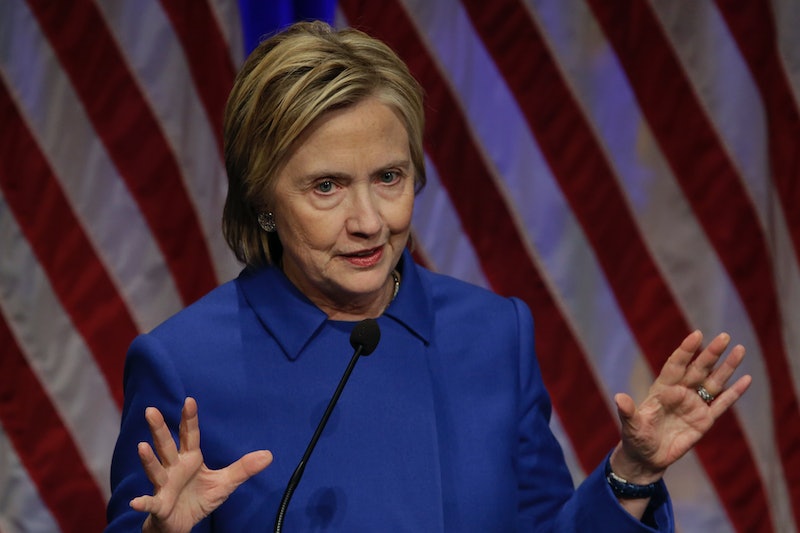 This week, an attorney successfully petitioned a federal judge to secure the release of some documents that ended up playing a big role in the 2016 presidential election: the search warrant that enabled the FBI to investigate emails discovered on the laptop of disgraced former congressman Anthony Weiner, which were considered potentially relevant to its investigation of Democratic presidential candidate Hillary Clinton's email practices. The FBI's warrant for the Weiner laptop emails was released publicly at noon ET on Dec. 20, shedding some light on what (if any) probable cause was found to authorize the search.

It's a question that understandably looms large for Democrats and supporters of Clinton's campaign, as the impact of the additional FBI investigation ― particularly the letter to Congress by FBI director James Comey announcing the discovery ― could've arguably proven decisive in the election's outcome. That's made all the more distressing by the fact that the review ultimately didn't turn up anything new or relevant whatsoever; merely duplicates of emails already reviewed months earlier. Meaning Clinton's chances may have effectively been scuttled over nothing — a poisonously bitter pill for her campaign and her supporters to swallow.

The stated reasons for the search, according to the document, were twofold: "Evidence of a crime" and "contraband, fruits of crime, or other items illegally possessed." Specifically, the evidence and contraband in question were the emails discovered on Abedin's laptop, which was seized in the course of an investigation into Weiner's alleged sexting with an underage girl.

According to the document, the relevant emails were discovered through "non-content header information" that was spotted by FBI agents while they were investigating Weiner ― the warrant request insists that they did not breach the emails and actually examine them, instead waiting for a search warrant. The document is in some places heavily redacted, but here's how the FBI argued for probable cause:

In other words, the reasoning was much what you might expect, and it was apparently convincing to Judge Kevin Nathaniel Fox. Again, the consequences of this renewed investigation and the attention it drew seem to have been major for the Clinton campaign. FiveThirtyEight's Nate Silver has convincingly argued it may have driven a decisive number of late-breaking undecided voters to Trump in the final week of the campaign, in a race that swung on less than 80,000 votes across three traditionally Democratic-voting swing states — Pennsylvania, Michigan, and Wisconsin.

No less than Clinton's ex-president husband shares this view ― former President Bill Clinton reportedly remarked that "James Comey cost her the election" at a bookstore in New York this week.

Also notable is that the FBI specifically referenced the "confidential nature of the investigation" in the filing, despite the fact that it was made days after the release of Comey's letter. Suffice to say, it didn't exactly seem "confidential" by that point. Obviously, the past is prologue, and nobody will ever know precisely how the 2016 race would've turned out absent that cache of emails, and Comey's decision, and the search warrant, and all the rest. But it's hard for a lot of people not to wonder, that much is clear.