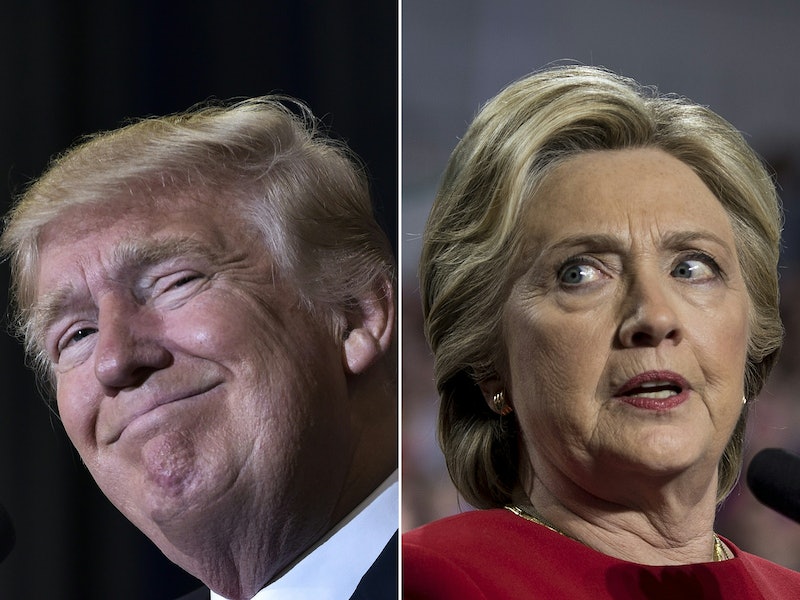 With Monday's Electoral College voting meaning Donald Trump has actually cleared the 270 threshold, we're going to spend the next four years dealing with the results, and also trying to figure out what the hell happened. There are a lot of lessons to take from the election — things Donald Trump did right in his camaign, things Hillary Clinton did wrong in hers, things we all fundamentally misunderstood about America. But as we move into 2017, with a Trump presidency as reality, not possibility, it's important to understand how much, despite all the changes, this country is still mostly the same.

Wired recently published an analysis of polling showing that, for many of the major issues of the election, people actually fall closer to the outgoing version of America than the incoming one. Far more Americans (including a majority of Republicans) believe there should be a path to citizenship for illegal immigrants than that they should be deported. Solid majorities believe in climate change, legal abortion, and gay marriage. All of these have actually increased in the past few years, even with Trump's rise. Legalized marijuana had big ballot victories on the same day that Trump beat Clinton.

So, how did Trump win? There are lots of reasons worth looking at, from the specific aspects of the Electoral College, to Clinton's emails and other baggage. The tussle between Trump and Clinton was covered as a nearly policy-free campaign, leaving Republicans in a difficult place legislatively in the aftermath. But there are also bigger trends that affect presidential elections beyond the specifics of the candidates or the campaign; it's hard for a party to get a third term in a row when the economy is at its 2016 good-but-not-great level. Before the election, several political scientists estimated the results using "fundamentals" models and nearly all actually had Trump winning the popular vote.

The trends in America's demographics defy a Trump future. America is getting more mixed every year — a majority of babies born in the United States are not white. The millennial generation, which has surpassed the Boomers as the largest in the country, are incredibly diverse, more liberal than their parents, and voted resolutely against Trump.

Perhaps the most amazing thing about Trump winning the 2016 election was not his win against Clinton in the general but his win in the Republican primary. For decades, Republicans had been the party of small government. Trump, with his plans for massive infrastructure investment, federal intervention in company hiring, and preservation of social security and medicare, flouted many of the orthodoxies of the conservative movement in the age of Trump.

One of those movement conservatives, Kevin Williamson of the National Review, still sees Trump in this vein — a Republican who abandoned conservatism. And he sees Barack Obama as the reason:

Conservatives said that the great triumph of the Reagan years was a Democratic party so chastened that it nominated Bill Clinton, the reluctant welfare reformer and free-trader who by his own rueful reckoning pursued the policies of an Eisenhower Republican. The great triumph of the Obama years, for progressives, anyway, is a Republican party so debased that it happily embraces Trump and Trump-ism.

We'll see yet if Trump governs as a progressive. But even if Trump pushes the country far to the right, there's an election in four years, and I believe the evidence shows that the country is moving left, whether or not its leader follows.