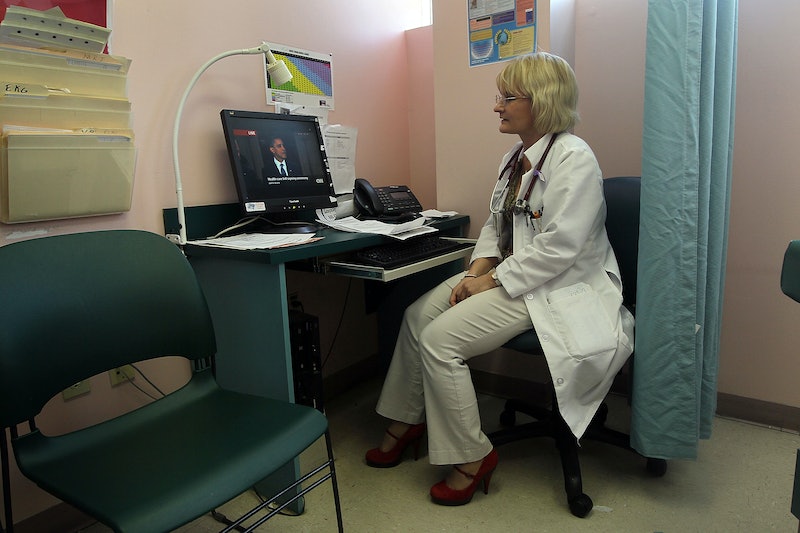 Women's health took a blow on Tuesday, when state officials in Texas announced plans to cut Planned Parenthood's Medicaid funding. This move has been a long time coming: The idea first came about in 2015, when the doctored Planned Parenthood videos were first released. The graphic videos — which in their heavily edited versions seemed to suggest Planned Parenthood was profiting from the sale of fetal tissue after abortions — caused a firestorm for the organization. And though the damaging claims in the video were proven to be false, some aren't willing to accept the facts.

Texas legislators, for example, based their decision to bar Planned Parenthood's access to Medicaid funding on the material in the videos. They claim that Planned Parenthood violated state and federal law by selling fetal tissue, and concluded the organization should no longer have access to government funding for any of its activities. It's slightly ironic that this would happen in Texas, given that the people who filmed and edited the Planned Parenthood videos were actually the ones who ended up with an indictment from a Houston grand jury, while the organization itself came out in the clear.

It all comes down to what is a disturbing pattern in legislation surrounding women's health: ideology comes first, while the women themselves come second.

This decision, a moral victory for the anti-abortion movement in the Texas state capitol, will have a terrible effect on the 11,000 Texan women who access Planned Parenthood using Medicaid. The organization already can't use federal funds for abortion services, so the $3 million to $4 million that they will lose will actually only affect other services that they provide, like STD tests, cancer screenings, and birth control. Many of those 11,000 low-income women also live in rural areas where there aren't enough health care providers, and if they don't have health insurance, Planned Parenthood is oftentimes the only place they can receive the care they need.

Texas Gov. Greg Abbott, those supporting him in this decision, and Planned Parenthood opponents across the nation are remarkably blind when it comes to actually seeing what the organization does. The idea that women, even low-income women, need health care for services other than abortions is apparently totally incomprehensible. And the fact that women have to defend Planned Parenthood by drawing attention toward its other services and away from abortions — as if providing abortions wasn't a legitimate enough reason to fund the organization — is worse.

This is a triumph of ideology over actual people, and it represents a complete failure of these state officials to imagine the detrimental effects that having a crippled Planned Parenthood could have for one woman in need, much less for 11,000.

At the moment, Planned Parenthood has 15 days to file an appeal, and they're currently deciding how to approach the issue. Women across the state need their services, though, and it's unfortunate that they have to spend any energy or money trying to fight their way through to helping those women.