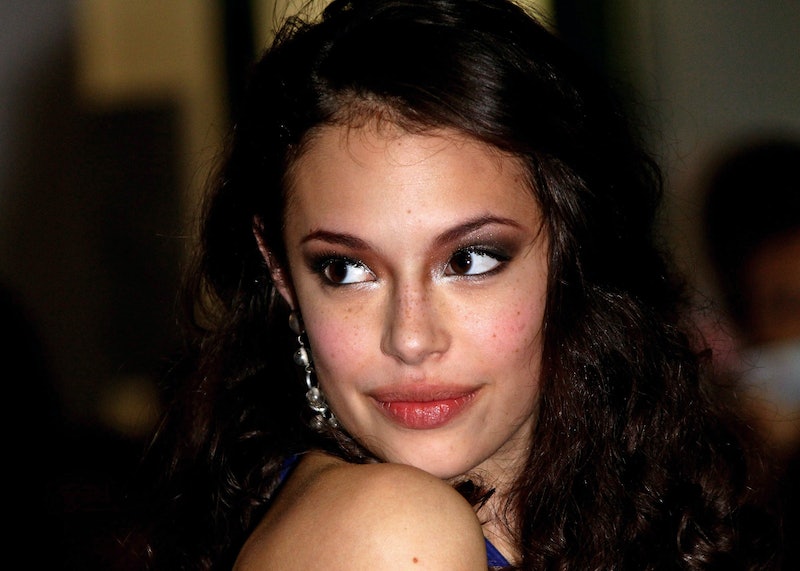 The Carrie Diaries' coolest mean girl is headed for Rosewood! According to reports, The Carrie Diaries ' Chloe Bridges will join the cast of Pretty Little Liars in Season 5. Chloe Bridges, who played Samantha Jones' cousin and Carrie Bradshaw's well-dressed frenemy Donna LaDonna on the Sex and the City prequel, has been cast as Rosewood High swim team's latest recruit, Sydney Driscoll. According to reports, this swimmer will befriend little liar Emily Fields — could this mean that Bridges will play a new love interest for Emily now that she and Paige are possibly done for good? If her new character is anything like Donna LaDonna, it's a possibility: Donna LaDonna and Alison DiLaurentis, Emily's ultimate crush, definitely have their similarities.

As excited as I am to hear that Chloe Bridges is headed back to TV, I'm really bummed about what this means for Season 3 of The Carrie Diaries — as in, this all but confirms that it won't be happening. There hasn't been any good news when it comes to a The Carrie Diaries renewal, but I'm still holding out hope that we'll be able to see what happens to Carrie Bradshaw after graduation. Obviously, we know that she becomes a whiny writer who spends waaaay too much on shoes, but I'd really like to see more of the journey, you know?

Chloe Bridges isn't the only actress who is moving on to new projects in the event that The Carrie Diaries doesn't return — Katie Findlay is already signed on for a new Shonda Rhimes pilot, How To Get Away . While the role on the new show is in second position to her role as Maggie on The CW soap, that doesn't exactly look great for a possibility of a Season 3.