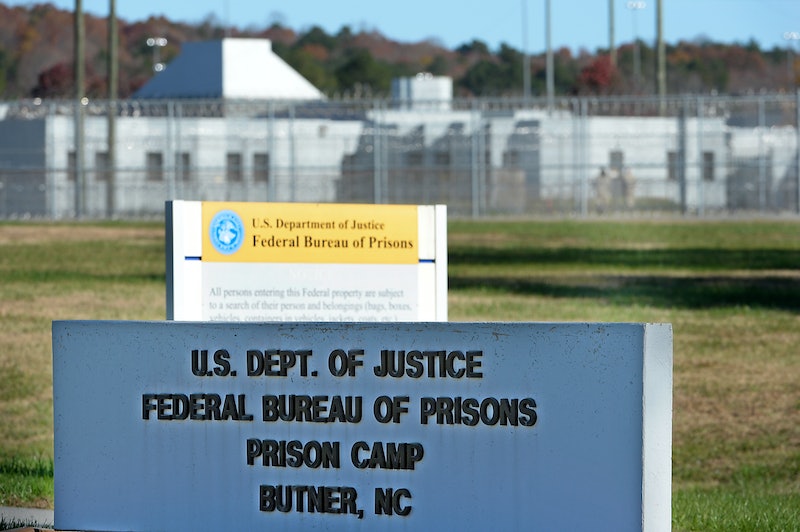 While British authors push back against the UK prison book ban, let's not forget that right here in the good old USA, there are plenty of publications that prisoners aren't allowed to read. Some of the reasons behind prison book banning make a lot of sense — jailers tend to confiscate books that contain racial violence, sexually explicit content, or naked children, not to mention the famous tome How to Kill Your Prison Guard and Escape Unscathed (just kidding, that's not a real book…I hope). But some of the bans border on the ridiculous. In case you're filling up a gift box for your favorite prisoner, don't pack any of the following:

Banned in North Carolina because it teaches prisoners how to make drugs from toad venom. And everyone knows there are a lot of toads in prison, especially of the "Bufo alvarius" variety.

Banned in North Carolina because it "provides information how to silently stalk a victim." Loudly stalking a victim is presumably not a skill that needs to be taught.

Banned in Texas because it teaches gambling. (And how to get along with people you're related to.)

Banned in Texas for "undetermined" reasons — maybe because prisoners might start imitating Kerouac's "spontaneous prose" and that would be incredibly annoying.

5. Everything except the Bible

A prison in South Carolina managed to enforce this extremist book ban for a while…until the American Civil Liberties Union sued 'em.

6. The Merchant of Venice

Banned in Guantánamo Bay, no idea why. Perhaps because theater is one of the more dangerous art forms we've produced as a society — think of all the set pieces that could come crashing down at any moment!

Banned in Connecticut due to "safety and security" issues. The Atlantic points out that this particular issue contains a piece on domestic abuse, but there's also a shirtless kid on the cover.

At least one issue banned in North Carolina for containing "a picture of a female breast covered by liquid." (Um…just one picture? Of one female breast?)

9. Slavery by Another Name

Banned in Alabama because it could incite racial violence, despite being a book designed to bring readers "more informed thinking about race and discrimination."

10. The Elements of Persuasion

Banned in Texas because it "could be used to persuade others." Use storytelling to shank better, escape faster, and win more victims!