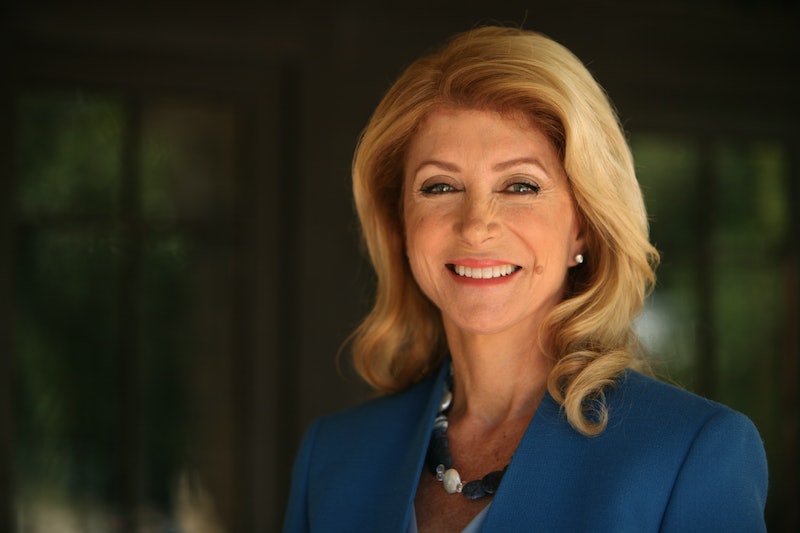 So, here we are. Jan. 1, 2017. Time for the annual ritual of focusing on goals for the new year. But, as I sit in my Austin apartment thinking about what those goals will be, I find I am having to resist a malaise that threatens to dampen the exercise. “It wasn’t supposed to be this way,” I think to myself as I sit in front of my computer, suffering from a bit of writer’s block in compiling my list for the year ahead.

Like many of you, I thought this was going to be a year of “finally’s.” Finally, watching a woman raise her right hand and swear duty to her country and constitution as she prepared to assume the oval office and, by so doing, shattering that most elusive and highest of glass ceilings. Finally, a re-balance of the Supreme Court that would turn its attention back to the promise of equality embedded in our Constitution – whether through criminal justice reforms, rebuilding voting rights or, once and for all, firmly stomping out the idea that a woman’s right to make decisions about her own body could be taken from her. Finally, living in a country where women were paid equally. Finally, realizing the promise of quality affordable child-care for women wanting to rise from poverty. Finally, lifting a minimum wage that so disproportionately impacts women, particularly women of color. Finally, creating needed protections from sexual assault and appropriate civil and criminal justice responses when it does occur. Finally, in other words, the much needed march toward full equality that has remained elusive for women since the founding of this country.

Wallowing is a luxury we can’t afford. There’s too much at stake.

Turns out, this is not likely to be the year for any of those “finally’s.” So …… What to do?

I could continue to reel in the disappointment that we still have so far to go. But I know the danger in that. Wallowing is a luxury we can’t afford. There’s too much at stake.

I’ve found myself in this place before, and I’m sure you have, too. Having worked hard to make something happen only to see it slip from our grip. Giving in to discouragement in times like that can feel inescapable. But I’ve learned the power in an old fashioned mental re-group. And that’s what I’m working on now.

So, here’s what I’m going to do. I’ll begin with my own personal list of “finally’s,” from the small to the big. Starting with something small and attainable: I’ll finally clean out all those half-used hair products collecting under my bathroom sink and see if a women’s shelter can use them. Finally, I’ll clean out the storage unit I’ve been renting for the last few years because I have too much stuff, and I’ll instead give that monthly rental money to someone who doesn’t have enough (probably the Lilith Fund, an organization that provides resources to low-income women seeking abortion care). Finally, I’ll do what I resolve to do every year and be a better friend, reaching out more proactively to spend time with the people that I care about rather than taking them for granted.

No administration, no matter how hostile it may be to the dreams we have for ourselves is going to succeed in crushing them

And some bigger “finally’s,” those that will have an impact on the gender equality goals I care so very much about. Finally, I’ll begin the work that I’ve been preparing for this past year. Through my non-profit, Deeds Not Words, I’ll implement programming on college campuses that helps young women to find an avenue to advocacy and, together, we’ll work on legislative solutions for sexual assault prevention and response. Finally, I’ll take a life-time of having learned how to push through fear in order to fight for a cause I care about, and I’ll work to pass that skill on to the next generation. Finally, I’ll stop concentrating so much on the road blocks ahead and focus more on discovering the detours that will get us where we need to be.

I hope that, as you read this, you are thinking about a few “finally’s” of your own. I hope that some will center entirely on you — how you can set some goals that will bring you balance and happiness. And I hope you’ll set a few others that will focus on your role in improving the world around you, whether your campus, your community, the country or, even, the world.

I hope that, as you think about what that list might hold, you’ll allow yourself to be enveloped in a resolve similar to the one I am feeling right now – that no administration, no matter how hostile it may be to the dreams we have for ourselves is going to succeed in crushing them. That no set-back, no matter how daunting it may seem, is going to constrain our desire to see our values reflected in the policies of this country. That no one is going to quiet us, sit us down, hold us back or ignore us. That we are, in fact, the makers of change.

Because we are more than just the sound of our voices, mighty as they might be. We are our actions. And in 2017 we’ll give meaning to our words through the actions we will take. One by one by one. Until, finally, we’ll make the change we want to see.