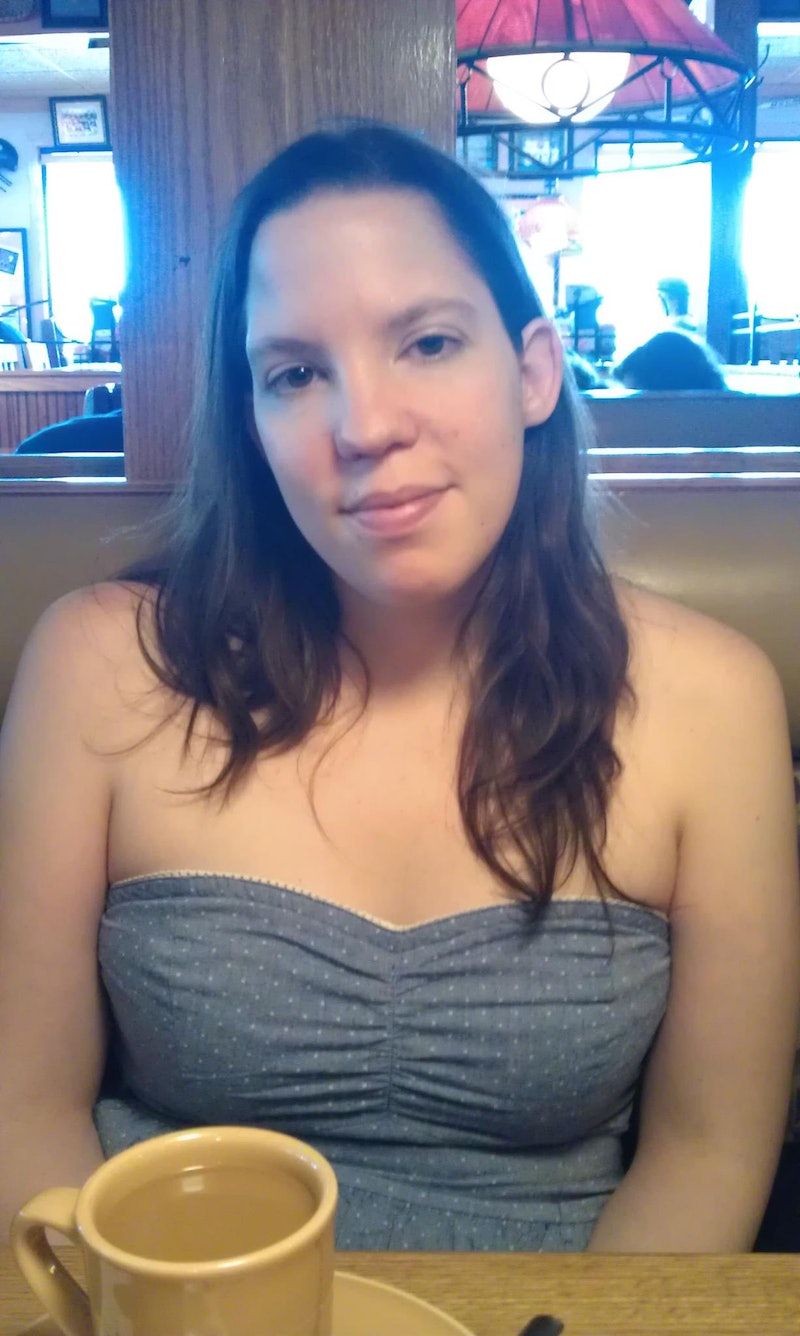 I was in a math class when I got the call from the school nurse asking me to come back and see her. I remember thinking, If a nurse tells you to come back, that can't be good. It had been a week since I went in for my annual pap smear — I had coverage for the exam through my college's health insurance. I felt a horrible dread as I made my way into the clinic. The song "World on Fire" by Sarah Mclachlan played softly in the background. My tests had always come back normal in the past.

"Your pap smear came back abnormal," the nurse told me. I would need to have a colposcopy, a procedure that closely examines the cervix, vagina, and vulva for signs of diseases like cancer. The college didn't have the medical equipment to perform it, so she told me to call Planned Parenthood and set up an appointment there.

I cried as I walked back to my dorm room — not just about the news, but the fact that I would have to go to Planned Parenthood. There was a rumor that only promiscuous girls went to Planned Parenthood for things like abortions and birth control. I wasn't on good terms with my sisters or mom at the time and felt embarrassed talking to my friends, but a few of my professors had told me their doors were always open. Talking with a few of my teachers, they reassured me that I was in good hands at Planned Parenthood. As my anxiety about the organization faded, I was left worrying about the real issue: that they might find cancer.

I was also filled with anxiety about how I was going to pay for the procedure. I was a student worker and was already barely scraping by paying for college. I called Planned Parenthood, and was told that their sliding fee was based on income. I could get the procedure done for free.

When I went to Planned Parenthood for my colposcopy, I sat on the examination table, wearing a thin hospital gown. Anxiety took over and I started to cry. I prayed out-loud to my deceased grandma, something I often did when I was terrified. What if I had cervical cancer?

That's when the doctor at Planned Parenthood came in. She could see I was nervous, and took the time to explain the procedure to me. A colposcope — an instrument that looks like binoculars with a bright light mounted on a stand — was going to be inserted into my vagina. She told me that a sample of the affected area of the cervix would be removed for a biopsy. The procedure wouldn't take long, and would feel similar to a menstrual cramp. She also told me that she wanted to test for something I had never heard before: Human papillomavirus, (HPV). She said that HPV was a common sexually transmitted infection which, left untreated, could lead to genital warts and cancer. Even if your sexual partner wore a condom, you could be exposed to it. She took the time to answer all my questions and reassured me. Because of her, I got through it.

Right now, there is another young girl out there just like me — and she's scared she won't be able to afford the very procedure that could save her life. Without Planned Parenthood, her fears will not be unfounded.

A little after the procedure, Planned Parenthood called my cell while I was in math class again: the biopsy had come back with pre-cancerous cells, and I had tested positive for high-risk HPV. This time, the doctor told me I had to schedule a LEEP procedure to remove the abnormal tissue at a local hospital where she also worked, since Planned Parenthood didn't have the facilities for it. The doctor stayed on the phone with me for quite some time. I felt like she cared. She told me the LEEP procedure wouldn't take long, and that another pap test could be done three months later at Planned Parenthood, to see if I still had HPV.

After my treatment, it turned out I didn't.

It has been seven years since I had my LEEP procedure, and I am happy to say I'm still healthy. Because of Planned Parenthood, I became more committed to my health, and have always made sure to stay on top of annual pap smears. Through Planned Parenthood, I also discovered what I wanted in a physician; a person who wasn't judgmental or rushed, someone who listened to my concerns and acted concerned. I'm thankful that Planned Parenthood was there for me when I didn't have the capacity to pay for other options. If they hadn't been there, I may very well have developed cervical cancer.

Abortion services account for only a fraction of what the organization does. According to Planned Parenthood's 2014-2015 annual report, the organization did 323,999 abortion procedures, 682,208 cancer screenings, more than 270,000 Pap tests, and more than 360,000 breast exams that year. These services are needed in order to detect cancer and other illnesses. As you can see in their infographic above, the largest percentage of what Planned Parenthood does is helping provide women with contraception and STD testing and treatments. These services have nothing to do with abortion — only making health care affordable to women like me who wouldn't have been able to afford it otherwise.

I am but one of thousands of women whose life may have been saved by Planned Parenthood. My advice to Speaker Ryan and those who wish to defund Planned Parenthood is to listen to the protests of their constituents and to reconsider taking away this lifeline. Right now, there is another young girl out there just like me — and she's scared she won't be able to afford the very procedure that could save her life. Without Planned Parenthood, her fears will not be unfounded.