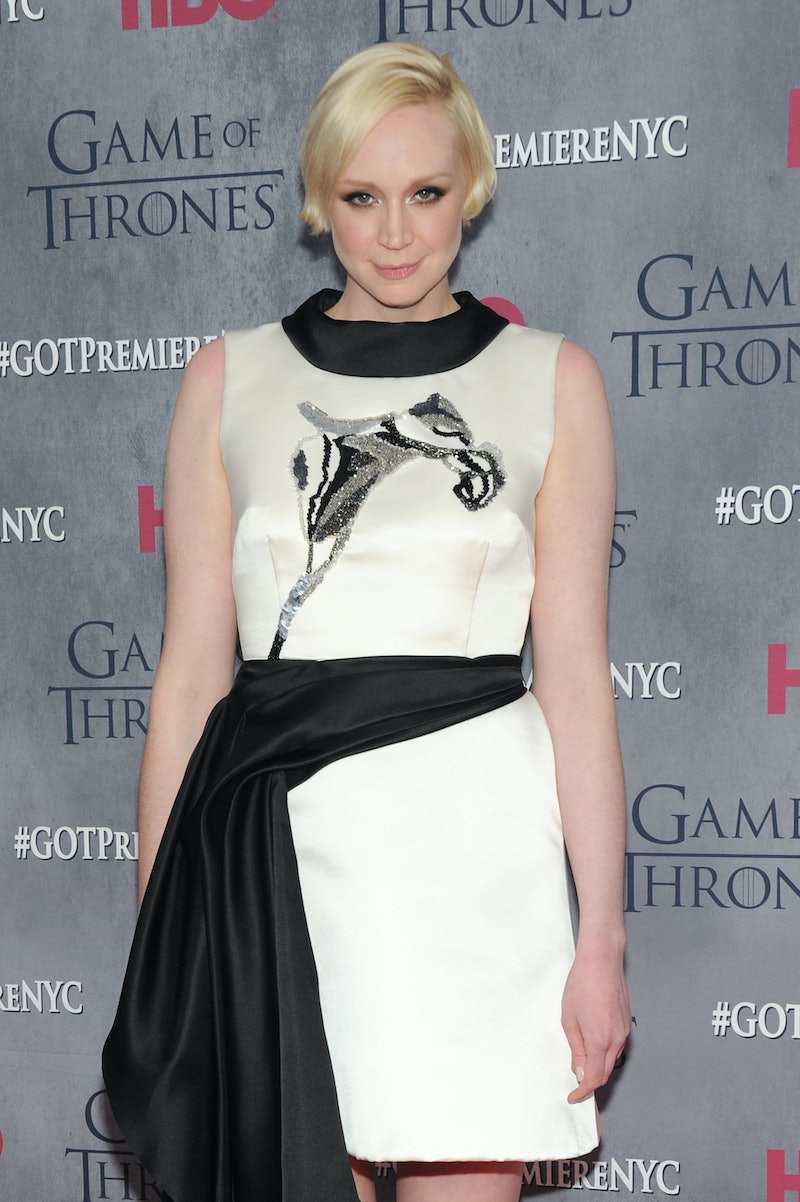 Christie is replacing actress Lily Rabe (American Horror Story) in the Commander Lyme role after Rabe had to drop out due to a commitment to Shakespeare in the Park that conflicts with filming. Rabe is starring in Much Ado About Nothing for the New York City play series which apparently has extremely intense contracts. This is a huge movie franchise and Rabe isn't allowed to drop out of doing a play outside in the middle of summer with the heat and the bugs and the possibility of thunderstorms?! What did they make her sign? Man, that really sucks for her.

But congrats to Gwendoline Christie! She proved on Game of Thrones that she can handle playing a fearsome role, so being a previous Hunger Games winner should come easy. Christie can be seen in Mockingjay — Part 2 when it hits theaters Nov. 20, 2015. Mockingjay — Part 1 will be released on Nov. 21 of this year.