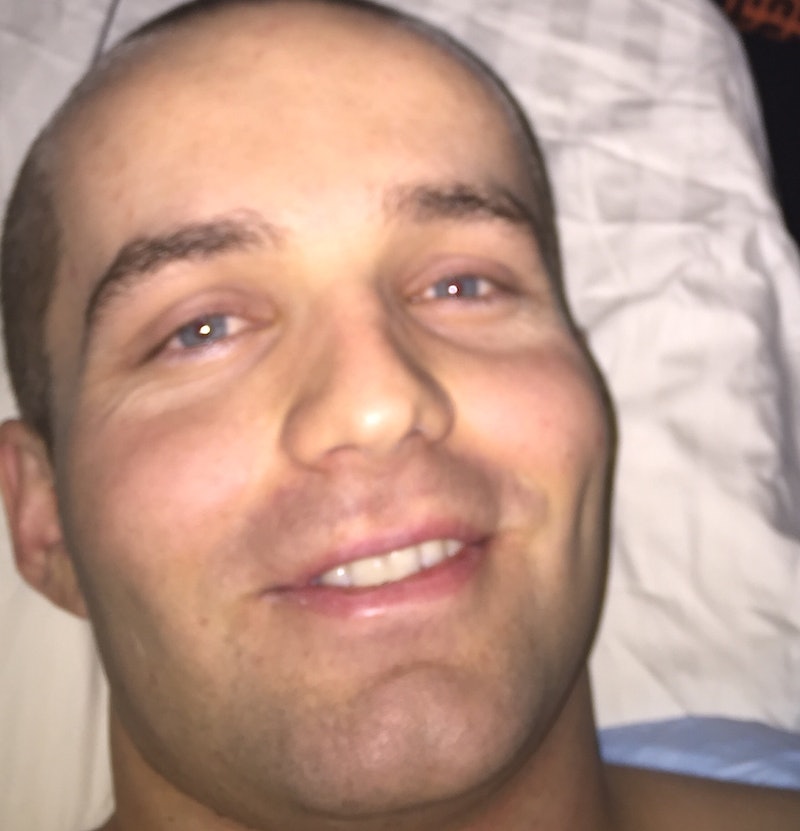 Last month, after more than a year of taking valganciclovir, an antiviral, to keep a cytomegalovirus (CMV) infection at bay, my pharmacist told me that my Medicaid insurance would no longer cover the $4,000 monthly cost of the prescription. She then asked if I wanted to pay for it out-of-pocket. I declined.

More than half of all Americans have been infected with CMV by age 40. Once it's in the body it stays there for life. It can be completely dormant, or it can become active, causing problems like extreme fatigue, fevers, and other symptoms that mimic mononucleosis.

I have learned about viral reactivation the hard way. CMV and Epstein-Barr virus (EBV) have gone through cycles of replication in my body multiple times over the last six years while I've been battling myalgic encephalomyelitis (or chronic fatigue syndrome), a multi-system disease which, because it severely impairs the body's metabolic features, has rendered me unable to eat, speak, elevate my body, or tolerate light at various points in the last six years. People with this complex disease often have ongoing infections with CMV, EBV, and other viruses of the herpes family.

I was faced with the agonizing decision of paying an exorbitant amount of money, which I could not afford, or forgoing treatment I could not do without. After multiple claims and subsequent appeals submitted to my insurance — which meant going without valglanciclvir for weeks — I finally decided to buy a better plan through the exchanges put in place by the Affordable Care Act. While my new insurance has a $500 monthly premium, the plan covers most of the treatments I need, including valganciclovir and other oral and intravenous prescriptions. The premium is more than any other insurance premium I have had to pay, but it is still far less than the $4,000 a month I would have needed to pay for valganciclovir out-of-pocket.

Now, after finally finding health insurance with adequate coverage of my treatments, I am faced with what looks like a high probability that the Affordable Care Act will be repealed.

My health insurance may very well disappear. But there are many forces, aside from Republicans, which are working against me and millions of other Americans who rely on health insurance through the Affordable Care Act to pay for vital medications.

This isn't the first time legislation aimed at legalizing the importation of medications has been halted due to bipartisan interference.

A measure proposed by Vermont Sen. Bernie Sanders in January would have made it possible for someone like me to legally import drugs from Canada. By some estimates this could have cut drug costs in half. Cutting the cost of valganciclovir in half is certainly a step in the right direction, though I'm not sure that even at $2,000 a month it could be considered "affordable,” as that amount would, on the off-chance my insurance covered imported drugs, also exceed the price limit imposed by my former Medicaid insurance.

The measure was ultimately voted down because, although 13 Republicans voted for it, an equal number of Democrats voted against it.

But this isn't the first time legislation aimed at legalizing the importation of medications has been halted due to bipartisan interference. A similar clause was left out of the Affordable Care Act in fear that the pharmaceutical industry would somehow block the Act. Legalization again failed as part of a FDA bill in 2012. And earlier bills that would have legalized pharmaceutical importation, one during the Clinton administration and another during the Bush administration, never became law in part due to the red herring of drug safety.

I'm not the only one in my social circle worried about the high cost of prescription medications in the shadow of the efforts to repeal the Affordable Care Act. A friend of mine who suffers from erythromelalgia — a rare disease that causes extreme pain and often frequent blisters on the extremities — told me that one of her most essential medications would cost more than $2,000 for a month's supply out-of-pocket.

At age 24, she has less than two years to be covered by her parents' health insurance — assuming that whatever replaces the Affordable Care Act includes a young adult provision.

My friend also needs a four-dose course of intravenous immunoglobulin every three weeks. Without her parents' insurance plan, or the option to buy through the Affordable Care Act, she would end up paying more than $600,000 a year, which does not include the cost of medical supplies and in-home nursing services needed for the infusions.

Finding a medication that is effective is hard enough, but figuring out how to pay for it adds a layer of stress that is counterproductive to recovering from poor health

But the price of her most essential medication, as well as mine, is a pittance compared to what some people pay. People with hepatitis C, for example, must pay $84,000 for a one-month course of treatment.

For now I remain grateful for the insurance I have and that it covers what I need. But the fear of losing it, and wasting all the energy I have put into finally finding health care that works for me, is persistent and seems to grow exponentially with every headline I see mentioning Republican's plan to dismantle the Affordable Care Act.

It is the arduousness of these bureaucratic nightmares that riddles our health care system, particularly the prescription drug market. Finding a medication that is effective is hard enough, but figuring out how to pay for it adds a layer of stress that is counterproductive to recovering from poor health. Ultimately, it is a lose-lose decision for patients who must choose between living in financial ruin or living in a state of being severely and indefinitely sick.