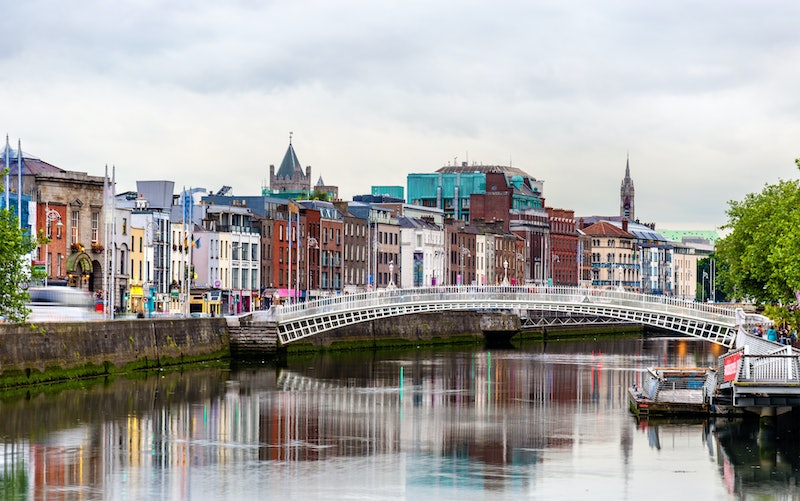 But I can not have an abortion in Ireland.

In Ireland, abortion is a criminal offense under the Offences Against the Person Act, dated 1861. Ireland, a country where same-sex marriage is legal, has one of the most restrictive abortion laws throughout Europe, second only to Malta.

Today in Ireland, women are permitted to have abortions only in specific circumstances: if there is a real risk that the woman might die from carrying her pregnancy to term (suicide risk can qualify under this rule). But women whose lives are threatened by carrying on a pregnancy still must submit their cases to six medical consultants, who will determine whether they may or may not have an abortion.

If you’re wondering why you should be reading a piece about life in another country or how this will impact you, I can only say that we all live on the same planet and it’s good to stand up for other people, no matter how far they’re from us. But often, they're not really as far away as we think.

In Ireland, it is illegal to have an abortion if you are victim of sexual abuse — according to Ireland's Abortion Rights Campaign, "The latest national statistics from Rape Crisis Centres show that approximately 197 women and girls who attended their centres in 2013 were pregnant as a result of rape. 25% of these survivors went on to terminate the pregnancy, meaning they either had to travel for an abortion or illegally take abortion pills in Ireland." It is also illegal to have an abortion if your fetus will not survive birth or be born with conditions incompatible with life.

It is worth remembering the case of Savita Halappanavar, who died due to complications from a septic miscarriage in 2012, after being denied an abortion even though her medical situation presented an enormous risk to her health. She was refused an abortion because the heart of the fetus she was carrying was still detectable. The medical staff who allowed Savita to die did not face career consequences, just a disciplinary appeal. While Savita's death was not considered by all to have been brought about by the denial of abortion, in fact it was.

There are state centers where women can turn for advice, but in these centers, abortion is not covered. The counselors don't say the word "abortion." They prefer to say, "Travel and then you’ll find a solution.”

Each year, more than 3,000 Irish women (and women living in Ireland, just like me — an expat from Italy who can call Ireland “home” now) decide to go abroad to have an abortion; between 1980 and 2015, at least 165,438 women who went to the U.K. for an abortion provided Irish addresses. An unknown number of abortions still take place at home in Ireland, with medications purchased online and elsewhere.

Thousands of Irish women are not able to travel for an abortion even if they want one; they’re made to continue the pregnancy in a desperate condition. Many women who seek abortions because they cannot afford to raise a child are told to depend on state subsidies to take care of their child. The same state subsidies are used by many to justify Ireland's abortion law, even though the country's lack of access to abortion has been declared a violation of human rights by the United Nations.

Having an abortion or assisting and facilitating an abortion in Ireland is illegal; if you do so, you can face up to 14 years in prison. The maximum sentence for someone convicted of sexual assault is is 10 years.

I live in a country where all this is the norm.

I live in a country where women are not given the right of choice.

The Eighth Amendment of the Irish Constitution, voted by referendum in 1983, states:

In 2016, the United Nations Human Rights Committee declared that the current system in Ireland subjects women to “discrimination and cruel, inhuman or degrading treatment” and advised a change in the law.

More than 30 years after the 1983 referendum, the campaign #repealthe8th is now fighting to get the Eighth Amendment amended, in order to give Irish women and those living in Ireland the right to choose what to do with their lives, their bodies, and the lives of their children. The spontaneous protest movement is spreading like wildfire, trying to change the constitution with the support of artists, academics, medical professionals, and ordinary people.

On the March 8, thousands of people — women, men and children alike — marched through Dublin to demand the government repeal its restrictive abortion laws. Activists wore black sweatshirts with the word “repeal” printed in white text — the logo of the #repealthe8th movement. Many more protests, demonstrations, and marches are planned.

If you’re still wondering why we should all care about this and support this protest, just remember that each one of us can be a leader by standing up for women’s rights. There are many many untold stories about women's struggles around the world, and we can create change just by listening to them.

If you want to learn more about the Irish campaign to repeal the Eighth Amendment, check out the Abortion Rights Campaign website or follow @Freesafelegal on Twitter.