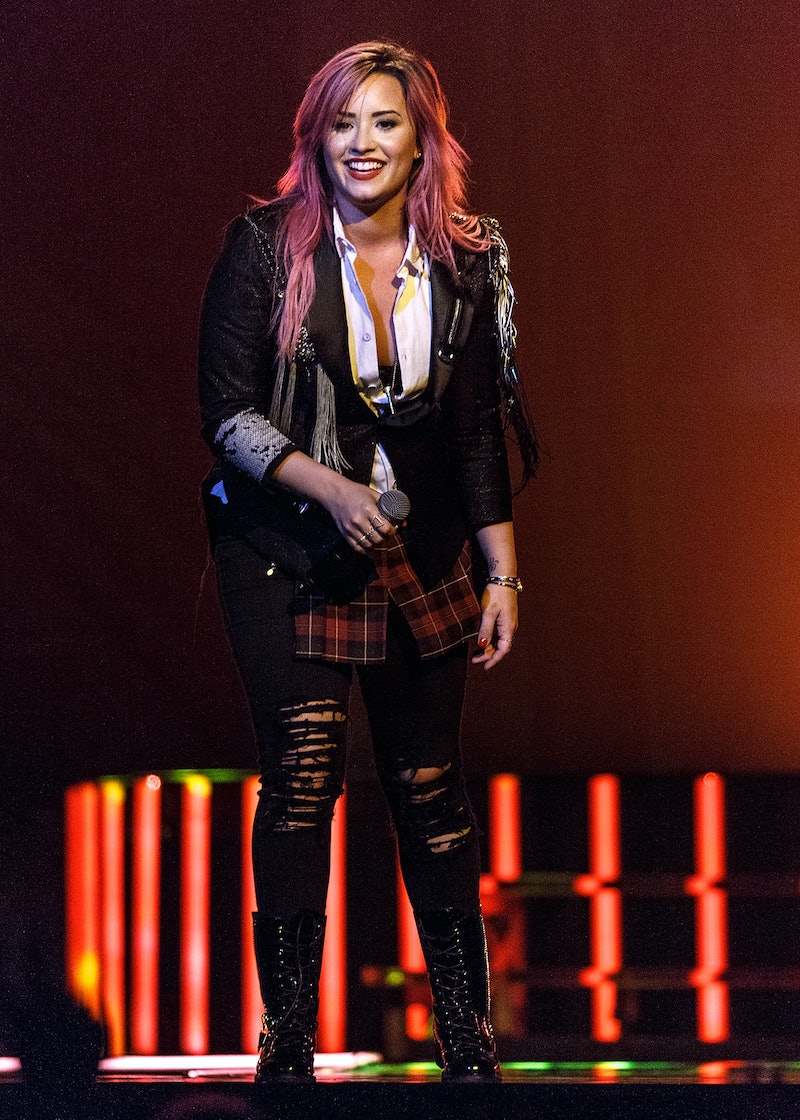 Singer Demi Lovato has proven that despite the obstacles that come her way in life, she has made it a mission not to let them take her down. This comes as no surprise considering she once spent time in rehab battling an eating disorder and cutting, and has been open about her struggles but continues to be a fighter even today. So, when scandalous photos of Demi Lovato and ex-boyfriend Wilmer Valderrama leaked online — also bringing up old nude photos from last year which were never confirmed to be the star — Lovato refused to let it bother her.

Whether or not the 2013 photos were actually of Lovato, no one ever wants to have stories like that surrounding their name, especially with it being quite evident that Lovato is pictured with Valderrama in this new batch of photos. However, the celebrity took to Twitter recently to express a vague message that could be in response to the news surrounding her images.

“Soy fuerte. Soy luchadora. Asi que no me subestimen,” Lovato wrote, attaching a photo of herself with a fierce look on her face doing what appears to be boxing. Translated, the message means, “I am strong. I am a fighter. So do not underestimate me.”

Of course, there is no way to absolutely know whether or not Lovato is referring to the photos or if it’s just a general message of inspiration, but it’s clear that the singer is showing that she can make her way through anything, good times or bad. We can definitely respect a woman who chooses to face all the haters and let them know that she can stand up for herself. You go, girl. All your Lovatics are standing behind you.