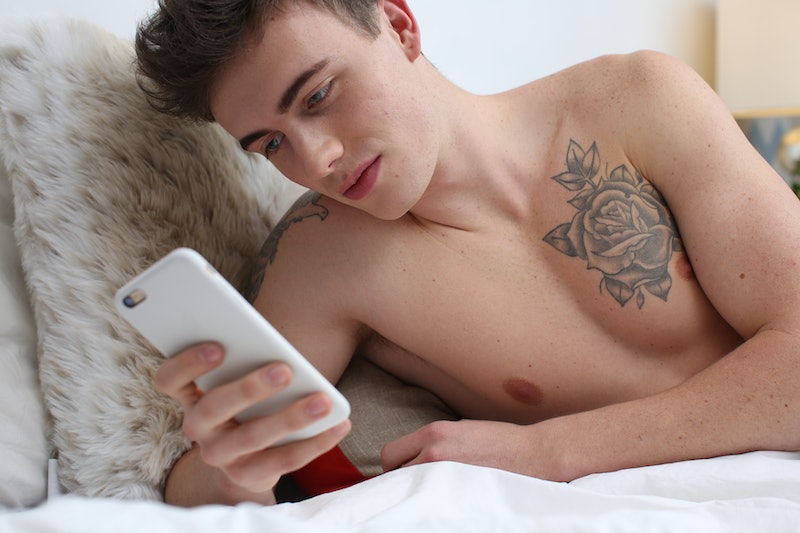 What’s in a name? A lot, apparently — including how likely someone is to cheat, allegedly. Or at least, it is according to a (dubious?) new survey commissioned by domain name registration site Siteopia.com. Sorry, Liam’s girlfriend — looks like your fella’s moniker is considered to be one of the least trustworthy names around.

As reported by the Daily Mail, the study examined 2,000 women and their experiences with cheaters in conjunction with men’s names. Joining Liam in the top five are Wayne, Ryan, Matt, and Craig; other highly ranked names include Ashley (number 12) and Harry (number 11), both of which incidentally happen to be the names of popular boy band members of the past and present. Hmmm. Hmmmmmmmmmm.

We're on to you, Harry Styles. You and your dimpled smile, both.

Apparently 68 percent of women have been cheated on at least once, and a whopping one in ten is currently dating a man who has been accused of being a “love rat.” “Love rat,” by the way, is my new favorite phrase, and I will be employing it as frequently as possible from here on out.

Said a spokesperson for Sitetopia.com to the Daily Mail, “We should never underestimate the power of a name in influencing our opinions, even if we’re not conscious of it. If people have a bad experience, whether with a person, a company, or a service, that name will stay with us a long time and influence us going forward.” Aha! Perhaps that’s why the survey was commissioned by a domain name registration site! The spokesperson did continue with a word of caution, however: “According to the results, these men may well have more of a wandering eye than others — but of course it’s a person’s actions they should be judged on, not the name they go by.” Good thing Loki hasn't taken off yet.

For the curious, here’s the top 10 list of names we’d apparently do well to avoid; the top 20 can be seen over at the Daily Mail: