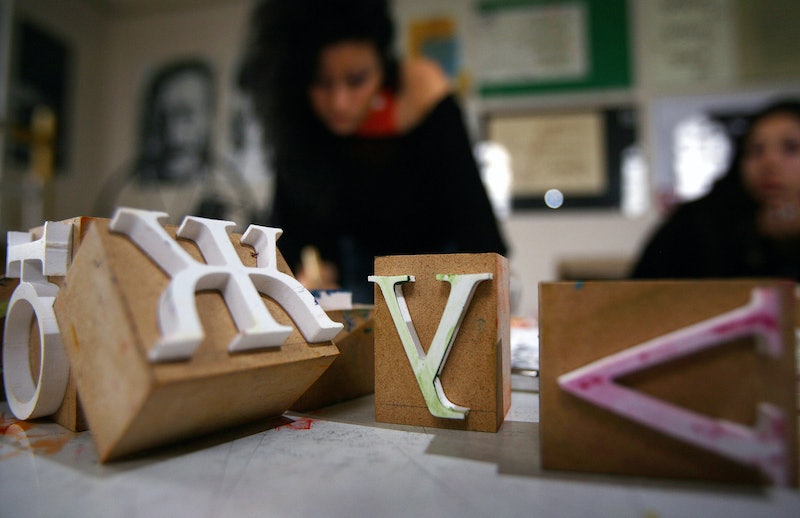 Have you ever found yourself staring at your screen, trying to figure out how to make a flyer stand out from the crowd, and avoiding that oft-ridiculed Comic Sans despite the allure of its whimsical curves? No longer, readers. No longer. Shake off the yoke of Comic Sans detractors and embrace the new. Sorry, the neue. The Comic Neue.

The font is a replacement for the oft-degraded Comic Sans, pilloried for its squashy and strange magnificence that is its own Achilles heel. Like a faster, newer model of your comfortable but cranky old car, Neue shrugs off the strangeness of Comic Sans that once formed the KEEP OUT sign on my sister's door in favor of more nuanced whimsy.

The font's designer, Craig Rozynski, is a handsome Australian man on a mission. He explains his motivation for the Sans rehab on Comic Neue's website:

Comic Sans wasn’t designed to be the world’s most ubiquitous casual typeface. Comic Neue aspires to be the casual script choice for everyone including the typographically savvy. The squashed, wonky, and weird glyphs of Comic Sans have been beaten into shape while maintaining the honesty that made Comic Sans so popular. It's perfect as a display face, for marking up comments, and writing passive aggressive office memos.

Comic Sans' designer, Vincent Connare, has said he created the font not for everyday use, but for a program called MS Bob that was designed for kids. That his explanation is hosted on a website displayed in tough-to-read reverse type should tell the design-savvy all they need to know about Connare's attention to graphic design norms.

Rozynski's made Comic Neue part of the public domain, and you can download it for free on his website. Time to get on watch, Papyrus. There's a new flyer font in town.