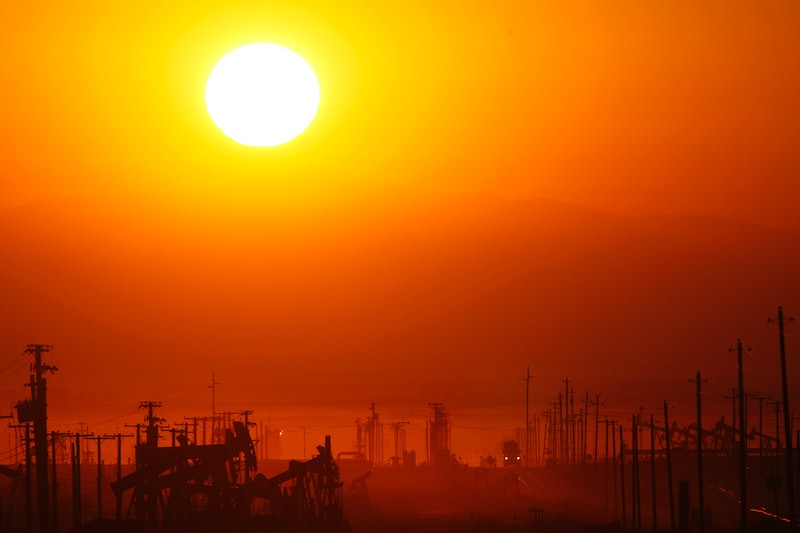 Careful what you believe about climate change — well, if your source is Fox News. A new analysis by the Union of Concerned Scientists (a nonprofit that's exactly what it sounds like) has uncovered the accuracy of climate change coverage by three major networks — CNN, Fox News and MSNBC — in 2013. Out of the three, MSNBC was the most accurate, getting the science right about 92 percent of the time, while CNN followed with 70 percent. But Fox News came in a distant third with a staggering 28 percent accuracy.

According to the report, 569 clips containing references to "global warming" and "climate change" were analyzed against peer-reviewed, published science about the planet. If the segment contained even one inaccurate statement, it was labeled as "misleading."

Only two-thirds of the U.S. population believe climate change is a real thing, according to a 2013 Yale Project on Climate Change Communication study, so public perception based on media coverage is pretty important.

CNN, while usually accurate, fell short when climate debates were hosted with guests who didn't agree that climate change really exists. Had such debates not been hosted, the UCS report notes that CNN's accuracy would have been increased to 86 percent.

While Fox News does have the lowest accuracy among the three networks, the 28 percent rating is actually a good thing for Fox — since its former rate was just 7 percent when the UCS released a report in 2012.

In a press release that accompanies the published report, the scientists state: "Media outlets can do more to foster a fact-based conversation about climate change and policies designed to address it, rather than contributing to a broken and inaccurate debate about the established facts of climate science."

Let's just hope they start to get it right... and we mean you, Fox.