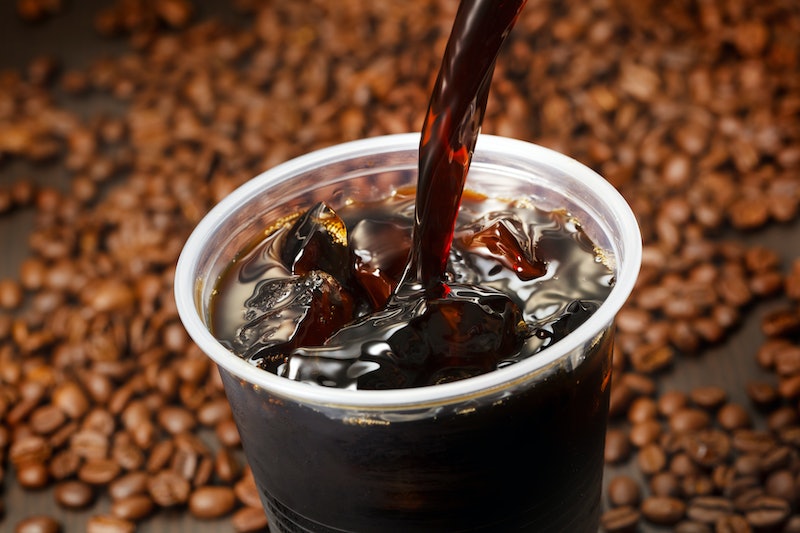 Alzheimer's disease is a terrifying prospect, especially as we continue to live longer (and hopefully healthier and happier!) lives than ever before. It's difficult to study, too, because people's brains can't be directly observed until their deaths. However, researchers using specially-bred mice have found that caffeine seems to slow the progression of Alzheimer's disease.

The team, from universities in France and Germany, gave caffeine-infused water to a group of mice bred to develop protein deposits in their brains (these protein deposits are one characteristic of Alzheimer's disease known to cause memory impairments). Later, they tested the caffeine-receiving mice against a control group of mice who had received plain water.

The caffeine mice "did not develop the spatial memory impairments seen in the controls," and "caffeine appeared to reduce several pro-inflammatory and oxidative stress markers" as well. This finding builds promisingly on a previous study of caffeine in mice, which suggested that caffeine also slows the progression of a second Alzheimer's memory-destroying mechanism, brain plaques.

Since women are diagnosed with Alzheimer's disease more frequently than men, I'm going to go out on a limb and recommend that we ought to consume more caffeine, too. Coffee in particular is quite safe and may have Alzheimer's-protective properties of its own, so bottoms up, ladies!

More like this
Here's Why Your Nose Runs When You Eat
By Carolyn Steber
I Tried The $20 TikTok Viral Oishii Strawberries — Here's What I Thought
By Sophie Hanson
Trust Me, Pickle Martinis Are The New It Drink Of The Season
By Emma Carey
Why Experts Say Sleeping With A Fan On Isn’t Totally Risk-Free
By Sophie McEvoy
Get Even More From Bustle — Sign Up For The Newsletter