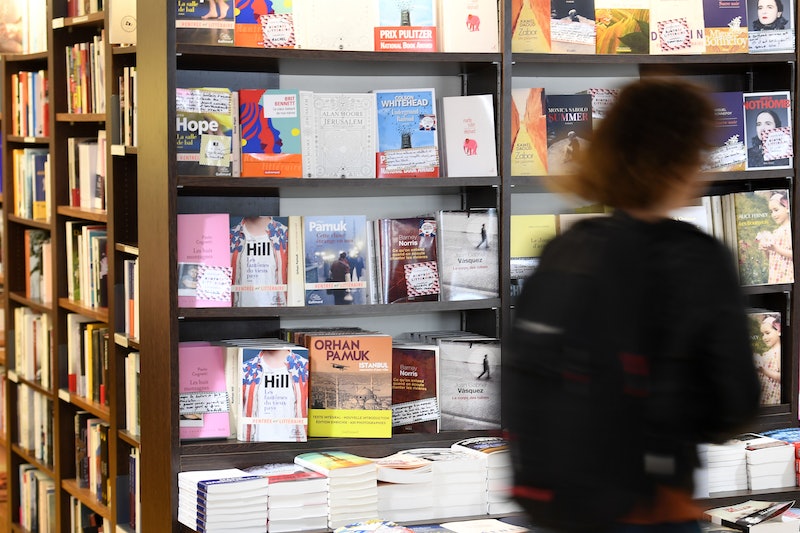 Let's say you just reread To Kill A Mockingbird, the Harper Lee novel you barely even skimmed in 9th grade English, and you're feeling the feelings. You want to read some of Lee's other work, but oh no! Aside from a few articles here and there, Mockingbird was her only published work. Don't worry — there are plenty of websites that can tell you who (or what) to read, based on your favorite authors and genres. Here are 10 of the best.

Looking for a new hookup and a new novel? Alikewise is a dating website that matches people based on reading preferences. You might not meet the guy or gal of your dreams, but you’re bound to get some great new book recommendations.

What Should I Read Next?

Can’t stop thinking about the book you just finished? Type in the title or the author’s name, and What Should I Read Next? will generate suggestions. Each title also has interesting tags, which makes searching for similar stories even easier.

Described as a “community-powered encyclopedia,” users can create series and lists to help other readers. If random strangers’ internet recommendations aren’t your thing, you’ll at least crack up at some of their Worst Of lists; my favorite titles include “Books That Are Worse Than Being Hit By A Car” and “Seven Books I Hate Reading to Children.”

The Staff Recommends isn’t searchable, but it sure is respectable. Each book has been read by the titular staff, and each recommendation is accompanied with an eloquent summary and review. Curated by established writers and editors, the current list of recommended reads includes NPR favorite Sarah Vowell’s Unfamiliar Fishes and the cerebral hit The Psychopath Test, by Jon Ronson.

A straightforward way to record the books you’ve already read and find new ones you might be interested in. Members can talk to one another, though the comment threads are sort of poorly designed and tiresome to wade through.

With a huge catalog that’s searchable by genre, title, author, and ISBN, GoodReads is the golden standard for all book databases. Users can post their own reviews and summaries, and anyone looking for some general inspiration can take advantage of an extensive Quotations section.

Whichbook lets you search for new books by setting your tone on several sliding scales. Are you feeling sad but serious and down to earth? They’ve got you covered. There’s also a sliding scale available for character, plot and setting; if you’re in the mood for a novel about a 26-50 year old straight woman in South Africa that has a lot of twists and turns, they’ve got… well, at least one book listed. Their system is great if you’re looking for something specific, but not so great if you’re looking for lots of options.

Bookbub sends members a daily email with great recommendations (and serious discounts!) on books that fall under your preferred genres.

Run by a search engine named Gnod, “a self-adapting system that learns about the outer world by asking its visitors what they like and what they don't like.” Type in your favorite writer and a constellation of similar authors appear. (I typed in Curtis Sittenfeld: Tom Perotta and Donna Tartt were situated near Sittenfeld’s name, while Khaled Hosseini and Willa Cather were placed further away.) Need new ideas for other creative endeavors? Gnod also hosts searches for music (Gnoosic) and movies (Gnovies).