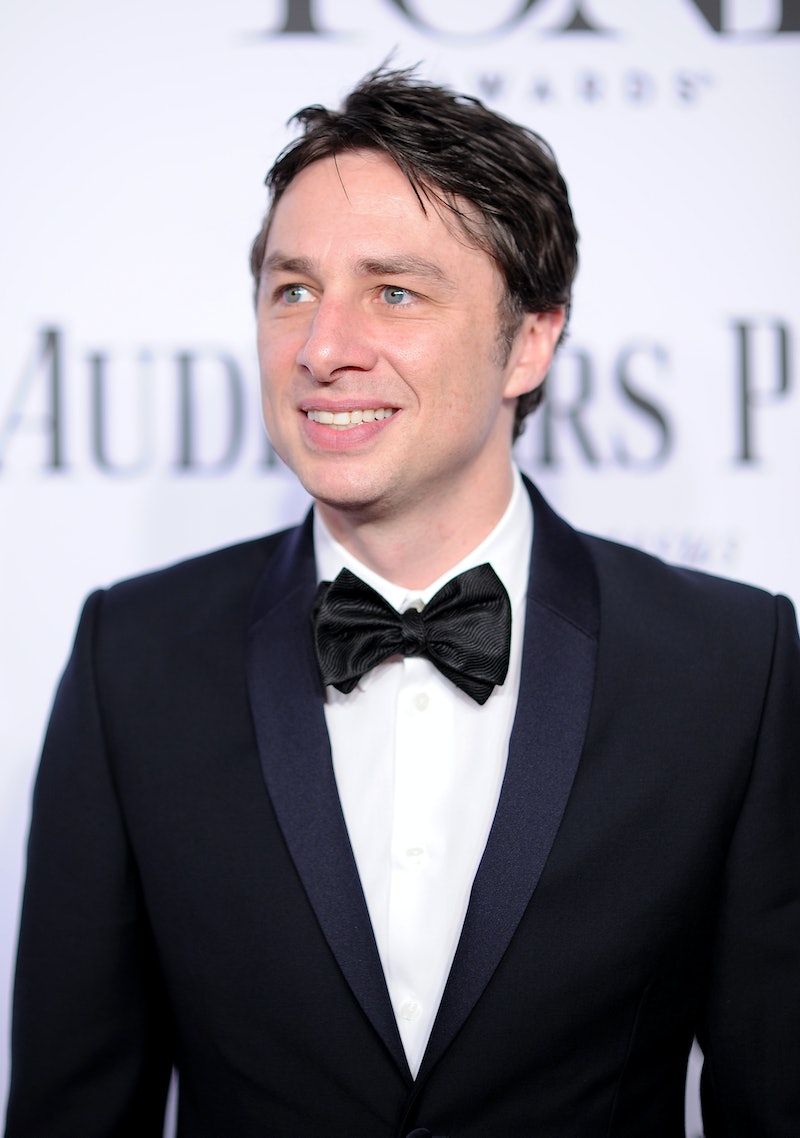 "You can pick any one you want, just as long as it's unique and amazing, like you," Zach Braff says to two small children standing in a wig store. The first trailer for Wish I Was Here, Zach Braff's sophomore directorial picture dropped Wednesday, and it is nothing less than perfect. The film, co-written by Braff and brother Adam is about, “a thirtysomething man who finds himself at major crossroads, which forces him to examine his life, his career, and his family.” Like I said, this trailer is phenomenal, and we couldn't help but notice how similar it appears to Braff's indie smash hit, Garden State. Even the trailer is a twin in structure and style. So watch the trailer, and consider these 7 reasons Wish I Was Here is the next Garden State.

1. The Soundtrack is indie epic

In typical Zach Braff fashion, he's chosen an upbeat but indie song — "Simple Song" — by none other than The Shins, the same band that rose to popularity when Braff featured the group's "Caring is Creepy" and "New Slang" in Garden State.

A legion of fanboys were launched after viewing Natalie Portman in Garden State. And this time, Zach Braff has chosen romcom vet Kate Hudson as his leading lady. The two couldn't seem more different on the surface, Portman is indie and exudes cool, while Hudson is bubbly, outspoken, and blonde.

3. There are Fantastical Costumes

In Garden State, it was a knight clutching a gallon of milk, and in Wish I Was Here, it's a futuristic space suit. Bring it on, props department.

4. It features slow-mo cuts of a trio walking like badasses

You know what I'm taking about — Charlie's Angels, The Three Muskateers, any epic trio in history — there's always a shot of them walking in slow motion, hair billowing in the wind, sunglasses gleaming in the sun. Both Garden State and Wish I Was Here uses this familar trope.

5. Water is a huge element

In Garden State it was the liberating, cleansing element of rain, and in Wish I Was Here, it appears to be the ocean.

6. Both films have a killer ensemble cast

7. Both films feature Zach Braff screaming at the top of his lungs

In Garden State it was the now-immortalized-on-the-DVD-cover screaming in the rain scene, and in his latest venture, it's another scene where he's screaming, arms flailing and eyes closed — but this time at two children.

Watch the first trailer for Wish I Was Here, below: