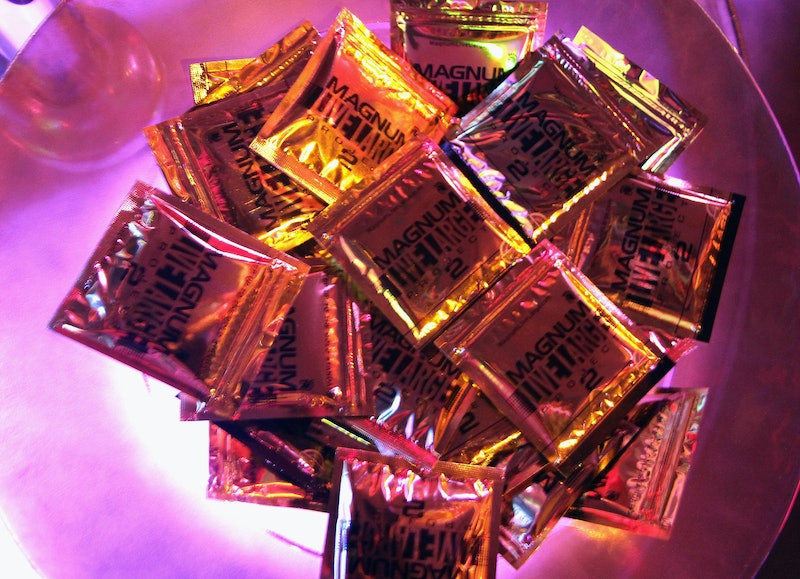 In case you needed a reminder, the U.S. really needs to step up its sex education game: According to a new report released on Tuesday by the Centers for Disease Control and Prevention, more than 80 percent of teens between the ages of 15 and 17 have had no formal sex education before they have sex for the first time. I don’t know about you, but I’m counting that as one of the many, many ways we’re failing today’s youths.

The good news is that teen births have declined in the U.S. over the past 20 years, so much so that they’re at the lowest level recorded — but that still means that more than 86,000 teens ages 15 to 17 gave birth in 2012. The CDC’s Vital Signs monthly report notes that that’s almost 1,700 births a week. When you consider that only 38 percent of teens who give birth at age 17 or younger earn their high school diplomas, it’s not an insignificant number — one that will dramatically affect their lives later on down the line. In contrast, 60 percent of teens who were at least 18 when they gave birth manage to get their diplomas by their 22nd birthdays; of those of who don’t give birth at all, 89 percent earn them.

Here’s what I don’t get: Delivering sex ed earlier could do wonders when it comes to preventing teen pregnancy — so why are there so many attempts to shut it out? When I was a kid, sex ed was included in our “health” class curriculum starting in middle school. Granted, I grew up in a super liberal state, but the strategy seems to have worked: The only babies any of my childhood or teenaged friends have had didn’t come along until long after high school. I know personal experience isn’t data from which you can design an entire nation’s health education curriculum, but I mean, come on. Something about it worked, so why isn’t it more widespread?

The bottom line is that, although we’re making progress when it comes to reducing teen pregnancy, we need to do so much more. Says Shanna Cox of the CDC’s Division of Reproduction Health, “We need to provide young people with the support and opportunities they need to empower themselves. Trying to balance the task of childbearing while trying to complete their high school education is a difficult set of circumstances, even with the help of family and others.” Even better, though, would be generations of teens who are well-informed enough to make smart choices and not to get pregnant in the first place. And it’s on us — the adults around them — to make that happen.

More like this
This Company Will Send STI Tests Right To Your Door
By Lexi Inks
Wimbledon Alters All-White Kit Rule Amid Candid Period Discussions
By Catharina Cheung and Rachel Mantock
Iran Has Issued A Death Sentence Over Mahsa Amini Protests
By Catharina Cheung, Darshita Goyal and Maxine Harrison
Mollie King & Stuart Broad Just Shared The First Pic Of Their Baby
By Sophie McEvoy
Get Even More From Bustle — Sign Up For The Newsletter