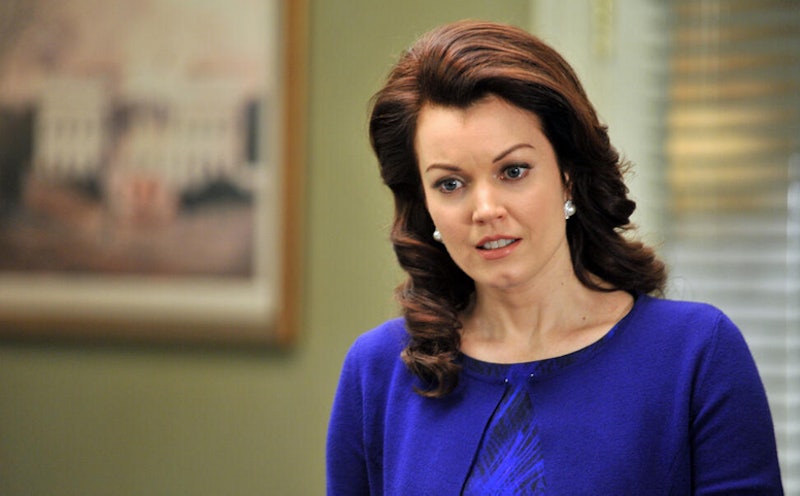 There are a lot of outward and underlying dramas constantly circulating in ABC's Scandal, but one of the more heartbreaking ones this season has been the revelation of an event from first lady Mellie Grant's past. From this clip from Thursday's episode of Scandal , it appears the truth about that event might come out sooner rather than later. And wow, it's gonna get explosive.

The audience learned earlier this season that Mellie Grant was once raped by her father-in-law, Jerry Grant. Later in the episode it was revealed that this assault very possibly resulted in Mellie and Fitz' first son being the biological son of Fitz' father. In other words, it's a huge ticking time bomb, in terms of plot and in terms of the sensitive issues it's dealing with. And it's not as if Scandal's not already full of ticking time bombs.

In this clip Olivia actively pokes around the secret, mistaking Mellie's request for a paternity test as a sign that one of her children is biologically Andrew's. She's obviously wrong, but the question is how quickly she'll figure out the truth, if Mellie will finally speak up about what really happened to her, if the show will land on the right side of history when it comes to the portrayal of rape on TV, and if Fitz will pull his head out of his butt and stop yelling at her long enough to be a supportive husband for once in his life.