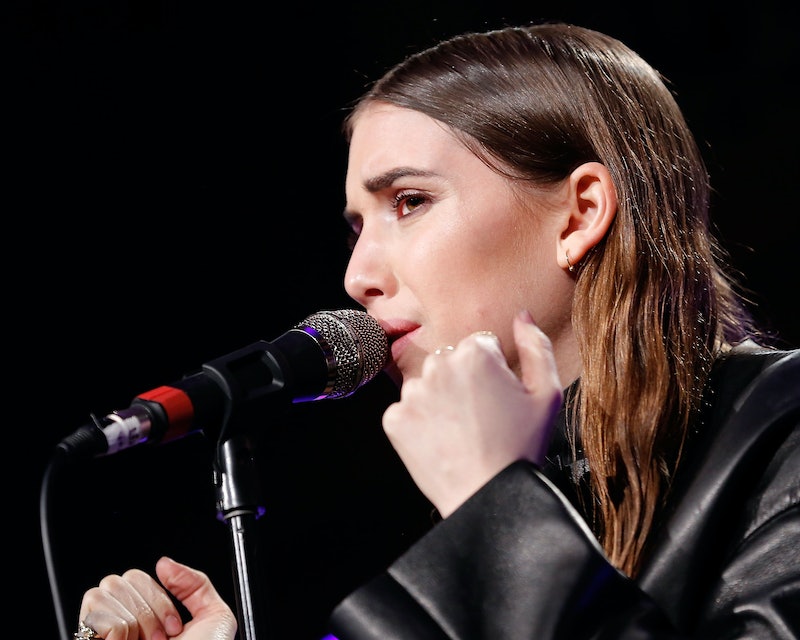 Even though some have proclaimed January as National Breakup Month, breaking up is so very hard to do regardless of when it happens, and Swedish singer Lykke Li poignantly proves that point with the release of the video for her newest single "No Rest For the Wicked," off her upcoming album I Never Learn. The gloomy visual displays a downtrodden Li in the midst of an unraveling romance, sharing a series of final intimate moments that find her regretfully staring into the eyes of her equally distraught, soon-to-be ex.

There's really no easy way to say this so I'll just come right out with it-- this video is really, really sad. It contains splashes of hope which makes it even worse because we all know how it turns out. So if you're going through a breakup or you're simply a masochist with a penchant for pain-filled poems set to music, check out Li's video below, plus a list of five other classic emotional breakup songs. They're a mix of a little bit of older and newer, angry and sappy, and they include both female and male perspectives. While these songs represent various musical genres, in the end, they all assure us of the same thing: Breakups suck.

Lykke Li "No Rest For the Wicked"

This 2010 release was arguably one of the most upbeat breakup songs. However, as perky a tune as it is, I can't help feel a tinge of guilt for jamming so hard to it, especially with pity-filled lyrics like, "I guess he's an X-Box and I'm more Atari." But by Cee-Lo's own admission, his ex-girl is a gold-digger, so naturally she would prefer a more modernized man. Needless to say, the uncensored version of this song sounds much more convincing simply because there's nothing like using an emphatic F-bomb to get your point across.

Like a prescription bottle label, this song should come packaged with a warning of its own. Even though it's nearly 20 years old, its impact is no less potent. In fact, I can confidently state that it should not be listened to while operating a vehicle. It will turn even the most meek driver into a rage-filled, road-dominating lunatic. Don't ask how I know, but I just thought you oughta.

A teenaged Brandy crooned this song with the pain of a scorned woman twice her age, claiming she was "wise enough to know." After taking her at her word, I foolishly fell for lyrics like, "only brokenhearted, life's not over." As harsh as it sounds, that's just NOT TRUE, Brandy. Not true at all.

No one can write a breakup song quite like Eminem. Depending on your breakup mood of the moment, you could choose from a vast selection that includes songs like "Love the Way You Lie" featuring Rihanna or you could go the enraged route of his angst-riddled "eff you" tribute "Kim." To say he was pissed while writing this song would be the understatement of like, forever. Em switches between coddling his daughter and cursing her mom Kim for all indiscretions past, present and future. Thankfully, they have since set aside their differences.

Because we discovered after the fact that this was a song about two of the band's members, it just makes the breakup tension that much more palpable. One can only marvel at the rare display of breakup dignity demonstrated by Gwen Stefani and Tony Kanal, who still managed to work together after their romance ended.