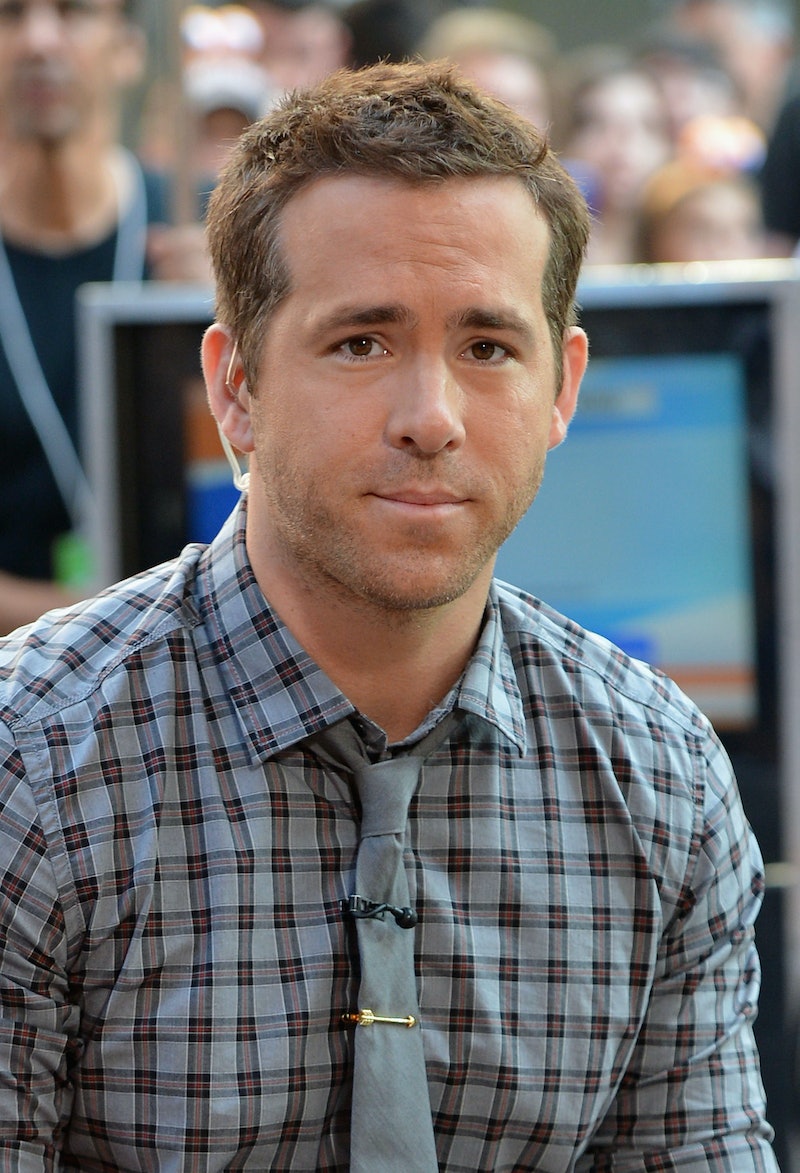 In case you didn't go see Ryan Reynold's newest clunker, R.I.P.D, don't worry. No one else did either. Bringing in a measly $12 million in its opening weekend, this movie can only hope to slink sadly from our memories with its poor 11 percent rating on Rotten Tomatoes and even worse net earnings. And this isn't even Reynolds' first big-budget flop. Remember Green Lantern?

So what is happening here? We love the actor formerly known as Van Wilder — he's sexy and funny and Canadian, but his recently slew of movies keep tanking. We'd blame the content of the films itself (sorry, Green Lantern, but Green Hornet is the only hued superhero we were able to pay attention to in 2011), so here is list of tips for choosing films for Reynolds. We can only hope he listens.

Theoretically, R.I.P.D is a comedy, but it also features Jeff Daniels playing a shtick-y cowboy. Plus, it's trying too hard to straddle the comedy-action line that Avengers perfected. (It's difficult for anyone to measure up to Marvel's billion-dollar franchise.) We miss the Reynolds we see in the Proposal — cute, silly, and generally likeable. Serious-face just doesn't do it for us as much, so if he isn't going to be an Oscar winner, then he should content himself with the laugh-out-loud, feel-good rom-com fare we've come to expect from him.

Yes Ryan, we all know you're very manly and muscle-y and you can beat up loads of bad or good guys. But so can every other nameless hunk with washboard abs and big arms in Hollywood. Give us what we love: the good-looking but nice guy, the one jock in high school who always said hi to you in the hallways. That Ryan who we first fell for in Two Guys, a Girl and a Pizza Place. Plus, damn, as The Proposal proved, that man can rock a suit. Put him in in another one, and he'll be earning Despicable Me 2 level openings.

Okay, so this might be unrelated to Reynolds' movies, but it seems the former Gossip Girl — who co-starred with the actor in Green Lantern before dating him — is bad luck. (How else can you explain his post-superhero slump?) It doesn't help that fact that they're so collectively attractive bothers me. Either have sickeningly beautiful children or GTFO. (Sorry I'm not sorry.) Then maybe we'll get back to the Reynolds of yore, the actor we dream of every night, even if we don't usually admit that kind of thing.