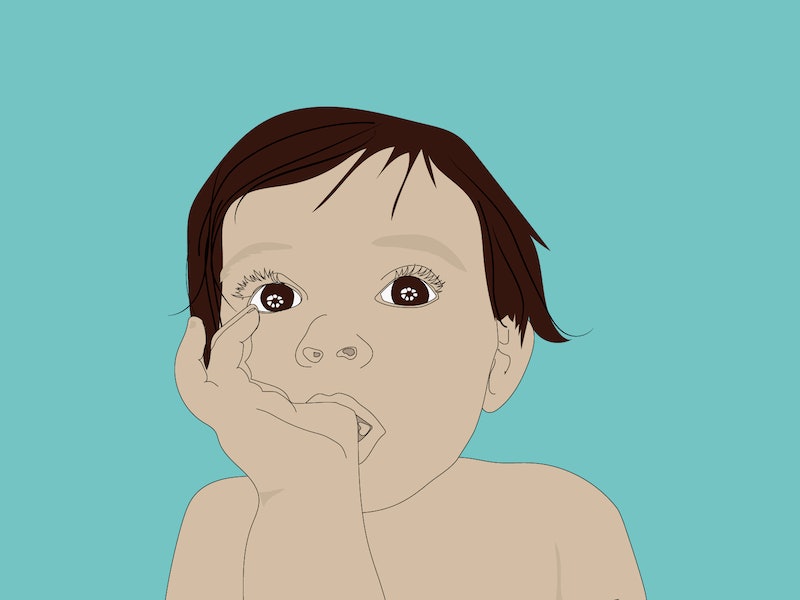 Quick — what’s your earliest memory? Do you know how old you were when it happened? Odds are you were at least four years old — and there’s a scientific reason for that: According to a phenomenon called childhood amnesia, we’re incapable of remembering pretty much anything before we’re about three and a half years old.

NPR is currently running a really fascinating piece on why early memories fade, which I highly recommend listening to. Here's the deal: For a really long time, scientists thought childhood amnesia was simply the result of the brains of little kids not being capable of forming last memories yet. But in the ‘80s, Emory University professor psychology Patricia Bauer, along with a number of other researchers, started testing the memories of kids as young as nine months old. They found that even children that young had pretty robust memories for specific past events — so the question then became why we as adults have difficulty remembering those same events.

Another study conducted by Bauer and her colleague Marina Larkina focused on what happened to the memories of a group of children over time. First, they recorded the kids at three years old talking with a parent about a recent event such as visiting a relative. When they checked in with them a few years later, they found that at age seven, children can still recall more than 60 percent of the events they talked about — but that kids who were eight or nine recalled less than 40 percent.

We’re still not totally sure why those early memories are so fragile, but it's probably not for the same reason our pal Charlotte here can't remember last night's drunken escapades (unless, y'know, you were an early student of the nuanced qualities of a good whiskey). Bauer believes it has something to do with the immaturity of the brain. “It doesn’t mean they’re not working at all,” she told NPR. “But they’re not working as efficiently — and therefore not as effectively — as they’re going to be working in later childhood, and certainly in adulthood.”

There are, however, a few types of early memories that kids might be able to carry over through childhood amnesia — specifically, ones that carry a lot of emotion. This might explain why my own earliest memory is from an event that I’m pretty sure happened before I was three. I don’t remember much; I think my parents were throwing a party of some sort, and I was getting underfoot (like always — I was a curious kid, so I was kind of constantly underfoot). To keep me safe and out of the way, I was put out on the deck with my grandparents, something about which I was really unhappy. I remember standing at the screen door that led into the kitchen (I was walking and talking, although not well and not in complete sentences) and not being able to figure out why I wasn’t being allowed in.

Yep. That was me. I actually had a really happy childhood and my parents are awesome, so it’s a little weird to me that my earliest memory isn’t really a happy one. But then again, the reason I can recall it is probably because it wasn’t a happy one, so hey! Science! Neat-o!

Anyhoo, go take a listen when you have a chance — fascinating stuff. Time for a trip down memory lane, eh?

More like this
How To Make A Dirty Shirley Cocktail
By Emma Garza
6 Abortion Advocates To Follow On TikTok
By Sara Youngblood Gregory
How 5 People Upended Their Lives To Fight For Abortion Rights
By Hannah Smothers
How To Fight For Reproductive Rights, Based On How Much Time You Have
By Courtney Young
Get Even More From Bustle — Sign Up For The Newsletter