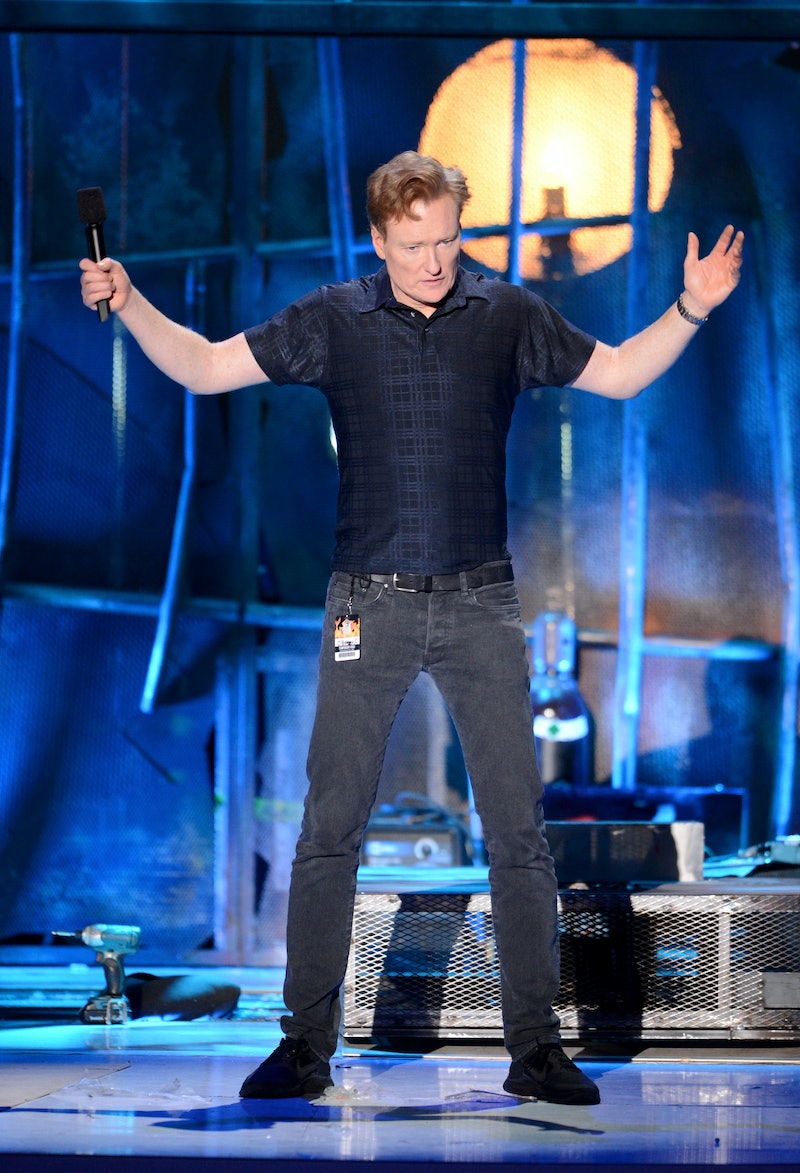 When you think of MTV Movie Awards host Conan O'Brien, the first things that come to mind are likely his hilarious wit, his famous red hair, and his formidable height. Actually, height is likely the first thing that comes to mind. Conan O'Brien is really tall. And to be honest, just saying that the comedian is 6'4" really doesn't put into perspective how tall that really is. What does 6'4" really look like, besides some guy who towers over most of his talk show guests? We have the ultimate comparisons to make things more clear... and to make the rest of all feel really, really short.

Watch O'Brien take his height and comedy stylings to the MTV Movie Awards this Sunday. And here's a fun game: Take a drink every time the comedian towers over a celebrity. Just don't blame me when you have a tough time getting to work the next day.

In the Tolkein universe, Hobbits are considered around 3'4" on average. (In real life, big screen hobbits Martin Freeman and Elijah Wood both happen to be 5'6".) So if an abnormally tall hobbit and an unusually short hobbit stood on top of one another, they'd stand a chance of matching the red-headed comedian's height.

An average can of that classic tomato soup is 4 inches tall. Delicious.

According to Smurf lore (yes, this is a real thing), each Smurf is about "3 apples tall." Apples are normally 4 inches tall, like the average can of soup. So "three apples tall" would be one foot. Simple math people. Simple math.

That's right. The artist formerly and currently known as Prince is really short at a measly 5'2". It's a well-known fact and yet it's still weird.

You've seen her heels. You know what I'm talking about.

Fun fact: A small garden gnome is eight to ten inches on average.