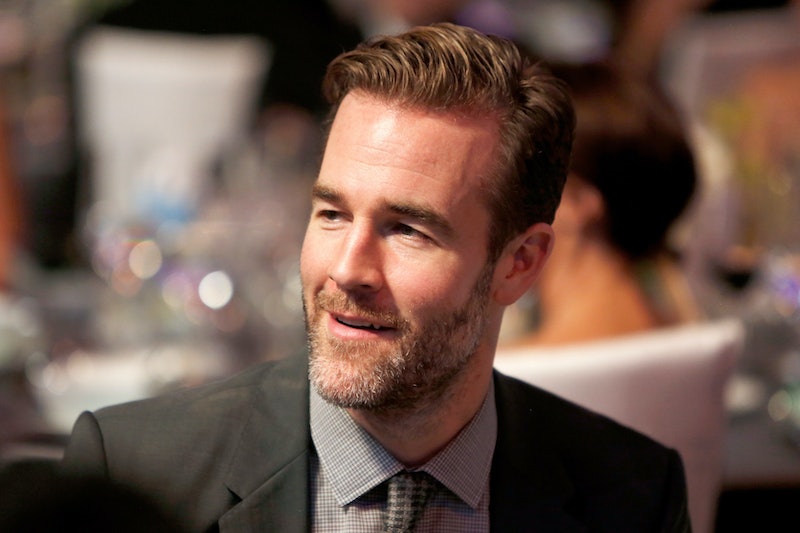 It's been about sixteen years since Jen Lindley and Dawson Leery were an item, but that doesn't mean the actors that portrayed them are over it. In the words of our boyfriend Ryan Gosling, "It wasn't over then and it's still not over!" Okay, so we're exaggerating. He doesn't love her like that. Van Der Beek is happily married to his wife, Kimberly Brook, and they have three small children together. We mean like, James Van Der Beek thinks Williams is a fantastic human being, and we'd have to agree.

Van Der Beek gushed about his costar to the New York Post, explaining that despite her age Williams was the brightest of the bunch. He divulged, "Michelle was always incredibly smart. I always joked that we'd all be asking Michelle for a job. I thought she would produce, she would write." He continued, "She was always a deep thinker, way beyond her years. She was the youngest of us, age-wise, and the oldest in every other way." Quite the compliment, Mr. Van Der Beek.

All this talk of Williams's wise-beyond-her-years personality and pensive disposition actually reminds us a lot of the late Jen Lindley (may she rest in peace). Well you know, except for all that really out of line and crazy stuff Jen did. It's just that, somehow, these gals always had a lot more on their plates than their fellow peers personally and emotionally and somehow they still exude the ultimate air of cool. Which got us thinking of all those times that Jen Lindley proved she was the best thing that ever happened to Capeside.

2. Ain't nobody got time for Joey Potter's drama

3. She and Jack had the best friendship of all time

4. She was a woman who took charge

5. She made Dawson make this face a few times

More like this
Jessica Simpson On The Time She Was Pursued By A Backstreet Boy & An *NSYNC Member
By The Editors
Cruz Beckham Teased New Music With An Adorable Nod To Mom Victoria Beckham
By Stephanie Topacio Long
Hilary Duff Is “Optimistic” About A 'Lizzie McGuire' Reboot
By Alyssa Lapid
'Friends' Star Maggie Wheeler Offers Support To Matthew Perry After Reading His Memoir
By Alyssa Lapid
Get Even More From Bustle — Sign Up For The Newsletter
From hair trends to relationship advice, our daily newsletter has everything you need to sound like a person who’s on TikTok, even if you aren’t.