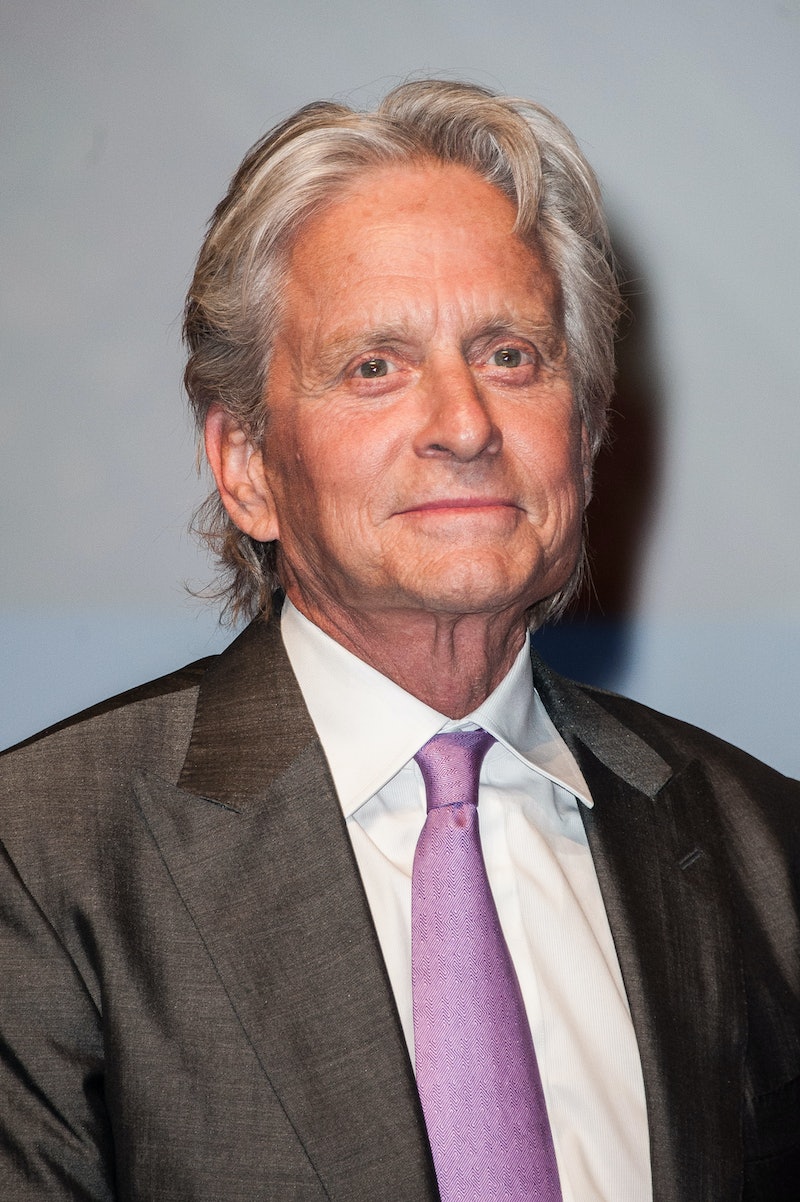 Throat cancer is no joke, and Michael Douglas has beaten it thoroughly. For that, we must give him serious props — anyone who can bag Catherine Zeta-Jones is a god amongst men, and I will stand by that statement until her boobs sag down to her knees and she looks more like Iris Apfel than a classy J-Woww. However, getting back to her boy toy (because this article could easily crumble into incoherent and emotional Catherine Zeta-Jones worshipping), Douglas has brought throat cancer to the media’s attention since he was diagnosed, citing any and all potential causes including alcohol, smoking, and — here’s the newest one — oral sex.

This publicity has pushed throat cancer solidly into first place in the “Bro-iest Cancer Competition” that exists only in my head because, in reality, it might be morally wrong. There are questions associated with such a competition: How can cancer be a bro? Can Michael Douglas be a bro even though he’s 68? How many wrenchingly gross euphemisms for cunnilingus can we use? (Answer: a lot.) How can throat cancer be the bro-iest when testicular cancer is the ballsy one? (PUN INTENDED.) I’ll leave the first two philosophical questions to you, but below are the reasons throat cancer just got as bro-y as solo cups and backwards baseball caps.

1) Douglas' statement implies he gave a lot of head

I mean, seriously, how many legs do you have to dive between to increase your risk of throat cancer? I imagine a lot, although maybe Zeta-Jones is so beautiful that she has a supersonic vajayjay with magical/tragic HPV transmitting abilities. We’ll never know. Either way, that’s a lifetime of carpet munching magnificence, and although I think I speak for everyone in saying I never want to imagine Michael Douglas giving lip service, the intimation here is that he did, lots, so much so that he increased his cancer risk. No WONDER Zeta-Jones shacked up with him — it was all an elaborate ruse to get that golden tongue on lockdown.

2) It is also the best excuse not to give head, like, ever

The less likable bros don’t want to give head (let the mass generalizations pour like rain from here on), and this is the best excuse: “You know I want to baby, but I don’t want to increase my risk of throat cancer, you wouldn’t want me to get cancer, would you?” Although the answer in that moment is an unequivocal, “I seriously don’t care — now hop to it,” no one wants to be blamed for cancer, so what does this mean for the future of cunnilingus? A girl’s got needs — god knows we can’t get down there ourselves, and, quite frankly, there isn’t a toy on the market yet that can accurately match the real thing. Is Michael Douglas’s revelation a cause for panic?

3) This is Michael Douglas’s recipe for cancer: drinking, smoking, munching the furburger

If that isn’t the closest to sex, drugs, and rock n’ roll Michael’s gotten in my entire lifetime, I don’t know what is. When asked how he got throat cancer, a legitimate answer could be, “I partied too hard and I definitely went down south on waaaay too many hot girls.” OH WAIT, THAT’S THE BRO-IEST STATEMENT EVER.

The light at the end of this vagina-blaming tunnel is that actually, there are very few strains of HPV linked to cancer, and additionally, going down town can increase one’s risk but it is not a direct cause of throat cancer. Of the 5,900 men who contract HPV-related throat cancer each year, 5,600 cases are caused by two strains of HPV, which is to say that even if you have HPV (and you should always be checking to make sure you don’t), the risk of giving your partner throat cancer is slim. So worry not ladies — let the cunnilingus flow like wine because the last time we checked, the one thing you’re most likely to get from oral sex is a really awesome orgasm.