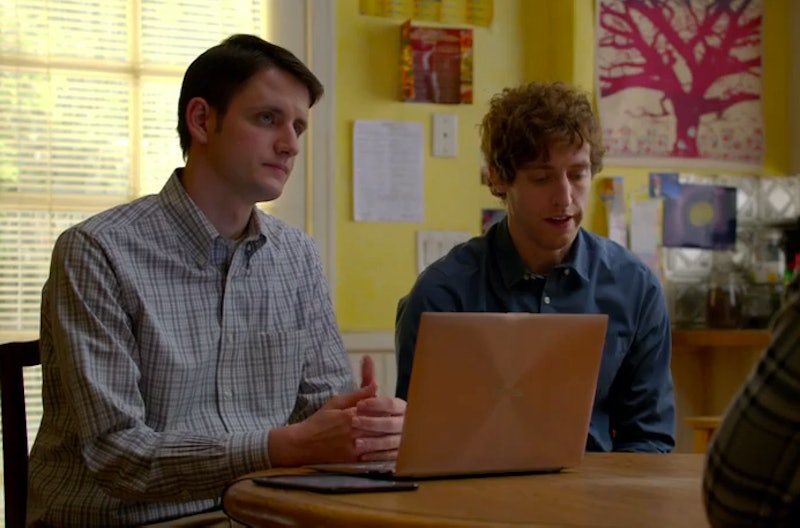 HBO's newest comedy's already got a whole lot of people enamored. A new episode of Silicon Valley airs tonight alongside a new episode of established hit Game Of Thrones, and we've got two new clips that show that the former's likely to keep hitting close to home for a generation of techies even as it continues to satirize that world.

Silicon Valley seems off to a pretty stellar start, with The Hollywood Reporter's Tim Goodman commenting in his review that "this series needs no time to find its legs. Its premiere is confident, spot-on, searingly funny and uncommonly insightful." He also states that Silicon Valley "is, immediately, HBO's funniest series and quite possibly the most likely to lure a large audience." Heading into the second episode, I guess we're closer to finding out.

You can watch two clips from tonight's episode below. All signs point to a solid night of television.