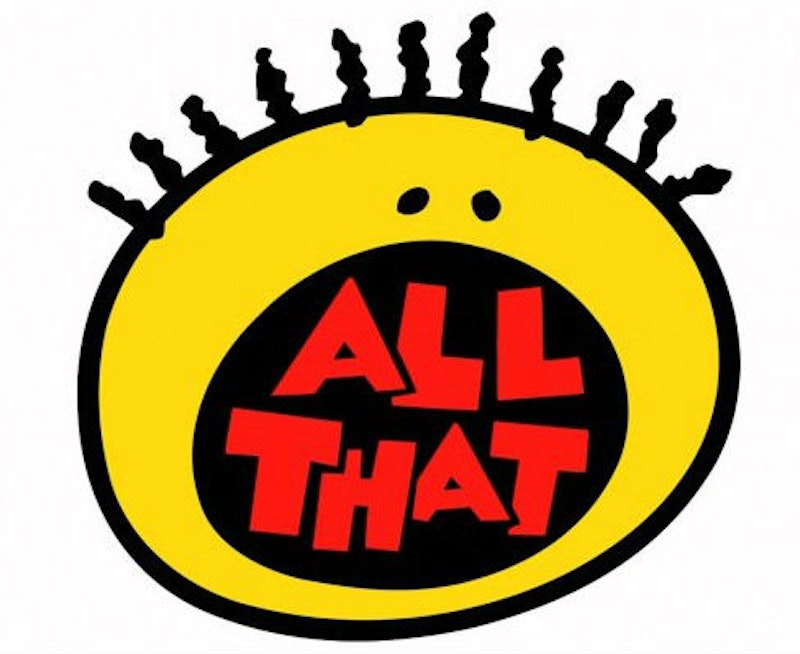 Ready to feel old? Are you sure? Okay, well don't say I didn't warn you: All That premiered 20 years ago on Nickelodeon this week. In celebration, an oral history of All That Season 1 hit MySpace Monday, and while it conspicuously omits a few of the more unsavory rumors that occasionally flit around the Internet, it does reveal some surprising facts about the show— some, ahem, vital information, if you will. (You won't? Okay, no, that's fine, I understand.)

If you grew up watching All That, you probably remember it better than most of what you learned in school, and you probably can still quote its characters by heart. Earboy? Ed? Pierre Escargot? Classics! But you'll still find some of the revelations from the show's cast and crew pretty surprising. Let's take a look at what this oral history taught us.

TLC sang the original All That theme song. Chilli did the "Ahh, ahh ahhhhhhh" part. It doesn't get much more '90s than that.

Keenan Was The Only Cast Member Who Had Ever Acted Before

He'd been in one movie before, The Mighty Ducks. The rest of the cast members were plucked from obscurity by a nationwide talent search.

Good Burger Was Made Only In Six Months

Hoping to cash in quick on the success of the All That sketches, Good Burger was greenlit in January and in theaters by July. "The typical gestation period for movies is five to seven years", says All That executive producer Michael Tollin, so that's a pretty impressive turnaround.

It Was A Boys' Club

You'd think that sort of gender discrimination wouldn't start until at least after puberty, but according to original cast member Angelique Bates, "Boys were always the favorite", and would get more characters and sketches than their female counterparts.

Coolio Credits His Career To All That

"I think [All That] was one of the advanced steps of me becoming a household name," he says.

...And Wrote the Keenan and Kel Theme Song in One Hour

All That Lasted For 10 Seasons

Yep. Even after you stopped watching, All That was entertaining a new generation of Nickelodeon fans!