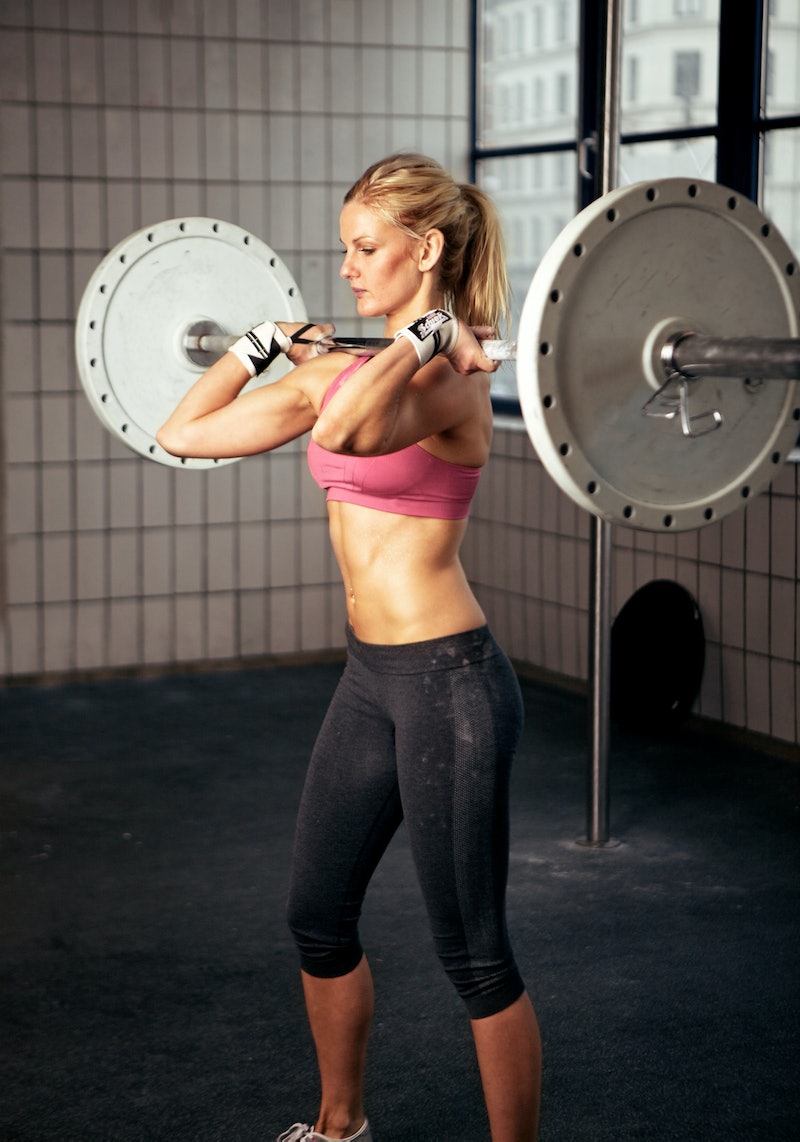 CrossFit has been one of the top fitness trends for a while, and it's no surprise: this high-intensity regimen can help you sculpt muscle and slim down, stat. Sessions may be short, but they're tough — sample tasks include Olympic weight lifting, swinging kettle bells, and doing hundreds of sit-ups, pulls-ups, and burpees. Despite these uber-challenging workouts, or maybe because they're so hard and rewarding, CrossFit's fan base continues to grow by the thousands each year.

The competitive and fast-paced nature of CrossFit is a great way to beat workout boredom, but it can also make it easy to commit a few blunders if you're not careful, whether you're new to the game or even a long-time enthusiast. To ensure you're getting the most out of each session, we've asked Anthony Preischel, owner and head coach at CrossFit Hell's Kitchen in New York City, to share the five biggest mistakes that CrossFitters make. Steer clear of his absolute no-no's:

Your Weights Are Too Heavy

Olympic lifting is a big feature of CrossFit, and it'll have you eventually pumping 50, 100 and even 150 pounds of iron. But getting there has to happen s-l-o-w-l-y. "One of the biggest mistakes I see is people trying to lift weights that are too heavy for them in the beginning. I tell CrossFit newbies that it takes about one year to get the necessary skills to lift at your max. And even if you are a regular, you need to make sure you have the form mastered before loading up more weight. Form is of the utmost importance. You cannot sacrifice it for anything, especially the amount of weight you are trying to lift," he says. Be a stickler for getting the moves down right, even if it means going slower and lifting lighter weights. You'll see results faster and prevent injuries caused by improper alignment.

You Work Out Too Much

The competitive nature of CrossFit will have you striving to beat your last time, and "the community at any CrossFit gym supports these achievements and spurs you to drive harder," says Preischel. But as rewarding as it is to set a new personal record, you don't have to come in every day to get better. In fact, Preischel recommends hitting the box (CrossFit jargon for gym) only a couple times a week. "After a base of conditioning and strength is built, two days on, one day off, then finally a three on one off schedule is best. Four to five days in a row is counterproductive, and in fact, many times leads to plateaus or decreases in strength and endurance. And working out twice a day? No! Out of the question," he says.

You're Still Moving on Rest Days

It's true that some workout regimens call for active recovery—that is, working out on your days off but doing something low-impact like yoga or swimming. But the super high intensity nature of CrossFit calls for a different game plan, and Preischel suggests really taking it easy when you're not at the gym. "A gentle workout has the tendency to become more aggressive, especially because CrossFitters tend to be super competitive," he explains. If you're committed to three or more days a week of CrossFit, on your down days go ahead and kick back on the couch and catch up on bizarre Emma Watson GIFs.

You Cheat Reps (Even on Accident)

Yes, doing 50 situps, pushups, burpees, and lunges in under 10 minutes is certainly a daunting task, but you won't be doing yourself a favor by fudging your numbers, even if it is because you're just too darn tired to count. Preischel says he will count people's reps if he sees that they're struggling, but his favorite solution to keeping CrossFitters on track is partner workouts. "I throw in a couple of partner exercises where one side goes and the other side counts and judges the other's reps. Funny how quickly people learn how to count correctly," he says.

Warming Up and Cooling Down is on the Back Burner

This is never the most exciting part of working out — especially in comparison to something as fast-paced as CrossFit — but it's absolutely necessary if you want to avoid injury and bring your A-game to the next class. Most gyms will have you warm up and cool down as a group, but Preischel notes that "many people need extra mobility work which tends to be very individual and done on your own time." So if you're prone to tight quads, spend some extra time using a foam-roller to work out any kinks. And don't book it to the showers right after class. Spend at least five to seven minutes cooling down with whole body stretches, with extra focus on the muscles you used that day.