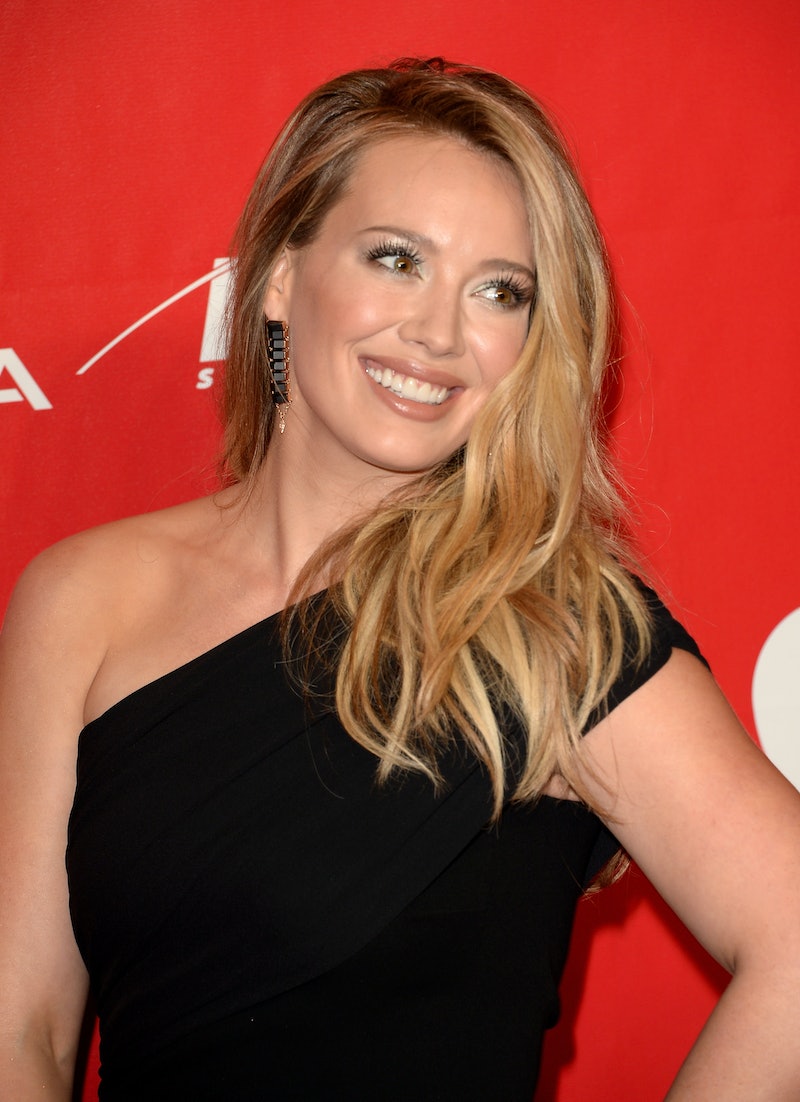 Hilary Duff is coming back to TV. Alongside Sutton Foster, Hilary Duff will star in the TV Land series Younger a comedy from the mind of Sex and the City creator Darren Star. Foster will play Liza, a 40 year old newly single mom having trouble re-entering the workforce until she decides to pretend she's 26. Duff will play her co-worker Kelsey who doesn't know her secret. Depressing premise aside, (middle aged women can't make it in the workforce unless they pretend to be young?) we're excited to see Duff back on our television screens. Though she has dabbled in everything from TV movies to a brief stint on the third season of Gossip Girl, she was only a series headliner for one TV show, the delightful Lizzie McGuire in the early 2000s. Obviously a lot has changed since those early acting days, so lets take a trip down Duff's television memory lane and see what she was up to last time she was a TV star.

Gordo and Lizzie gave me my first taste of desperately wanting to see a television couple succeed. It was so clear that he liked her and she was so oblivious. But then they finally kissed in the movie spinoff and everything was right with the world.

SHE WAS WEARING STRAIGHT-UP RIDICULOUS CLOTHES

But yet somehow she was still my fashion icon.

SHE WAS DEALING WITH TEENAGE DRAMA

SHE HAD A NEMESIS

Ah Kate Sanders. Her soul goal in life was to ruin Lizzie's life and she did it with such relish.

SHE LIKED A DUMB BOY

Ethan was a beautiful idiot and, like most dumb boys in television, was adored by every girl.

So will Duff draw on any of this TV experience for this new role? Probably not (though that would be awesome), but we look forward to her carving a new lovable character for herself on Younger, which premieres this fall.