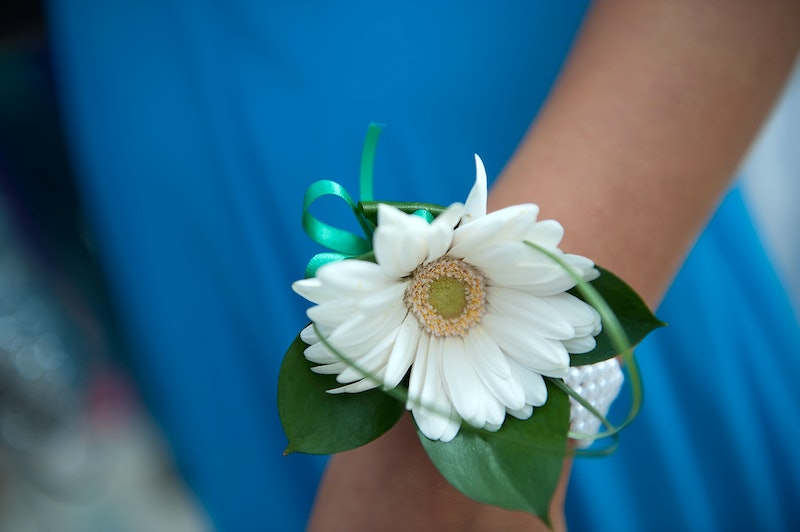 Would you have asked your significant other to go to prom with you by trying to trick them into thinking their college acceptance had been rescinded? To me, that sounds like quite possibly the worst promposal idea in the history of everything — but apparently it works, because this guy just pulled it off. All I can say is that this Dylan kid’s girlfriend is definitely a better woman than I. Here’s how it went down:

Caitlyn Metzker, a high school senior from Pennsylvania, had just received word that she had been accepted to the University of South Carolina, when a second letter seemingly from the university appeared in her mailbox. This one appeared to rescind her acceptance due to falling grades and poor attendance; it also asked that she submit a written statement no later than April 17 explaining herself. Frankly, I’m amazed she didn’t have a heart attack right then and there.

The big reveal, however, came right at the end of the letter: “However,” it said, “if you were to just agree to go to prom with your boyfriend we could reconsider letting you continue to be a South Carolina Gamecock. So what do you say, will you go to prom with me?”

Presumably she agreed; here’s what she tweeted after getting over the initial shock:

I'll be honest with you: I would not have said yes.

I was accepted early decision to my top choice school, which was awesome — but for some unknown reason, I lived in fear of that acceptance being rescinded for the entire rest of my senior year. Maybe I was suffering from impostor syndrome; I don’t really know. Either way, though, I would not have found something like this funny, cute, or sweet. Then again, I also kind of think the whole “promposal” thing is getting a wee bit out of control, so maybe I’m just a big ol’ stick-in-the-mud. My high school was small enough that we didn’t even have a real prom — we had a school-wide formal at the end of each year instead — so I suppose I just don’t know what I’m missing? Or something? Anyone care to enlighten me?

If you had trouble reading the letter in the photo, the full text of it has been reproduced below — with a few typos fixed, as Dylan apparently does not know how to proofread (sorry, Dylan):

“We have recently received your final transcript from your school. Unfortunately it is clear that your grades are not what they were when we accepted you. Your performance during your senior year is starting to concern us. It is clear that you have great potential for success; however we need to make sure you are ready to meet South Carolina’s academic challenges and standards. We can see your attendance is poor as well, and to us that is just as important as academics. With this in mind, I ask you to submit to me, as soon as possible but no later than April 17, 2014, a written statement detailing the reasons surrounding these actions.

“Please know it is our job to make sure that students admitted to our school do well and maintain their grades and attendance throughout their full time at South Carolina. These are two very important things we look at.

“It saddens us to say that your admission is in jeopardy, and we may have to pull our admissions from you due to your poor school ethic and attendance. However if you were just to agree to go to prom with your boyfriend we could reconsider letting you continue to be a South Carolina Gamecock. So what do you say, will you go to prom with me?

“Sorry I scared you, hopefully you still like me and said yes to prom.”