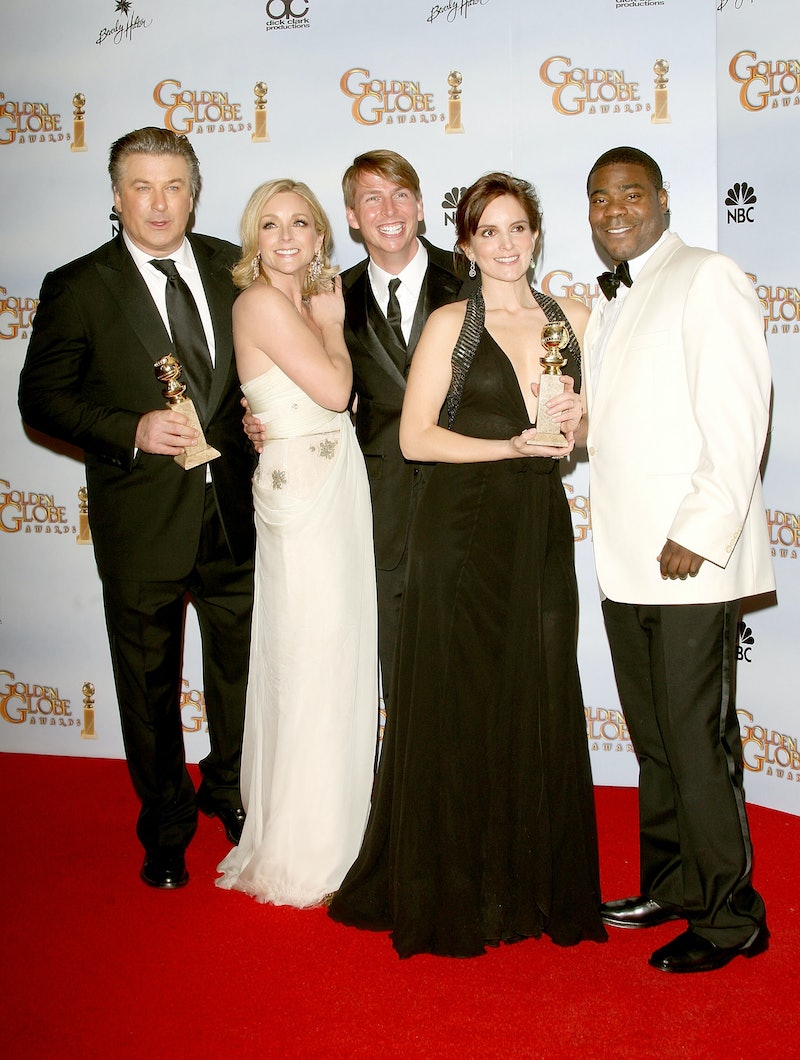 It appears that the tables have turned: Tracy Morgan is giving Alec Baldwin advice in response to the actor's recent downhill trajectory. This may all be irrelevant since, after all, Alec Baldwin has given up (but that's like, old news, ya know?), but still, it wasn't too long ago that Morgan was the one who needed counseling. Morgan's alter-ego Tracy Jordan on 30 Rock wasn't too far off from Morgan's somewhat unstable personality and although Morgan has his shit together now, he had a tough go of it for a while.

Back in 2011, Tracy Morgan got flack for an aggressively homophobic stand up routine (he clarified to the Times that he'd treat his son "like a king" even if he came out as gay), but now Baldwin's the one getting accused of homophobia. He's picking Twitter fights (with Mitt Romney's aide, Garrett Jackson!), he was suspended by MSNBC back in November, and lest we not forget that New York magazine rant that epitomized his struggles while bidding good riddance to the public eye.

But having been there, done that, Morgan has some thoughts on Baldwin's behavior. He told the New York Times:

Chill out, raise your family and enjoy your wife and your daughter. The paparazzi do what they do, man. They have a job, too.