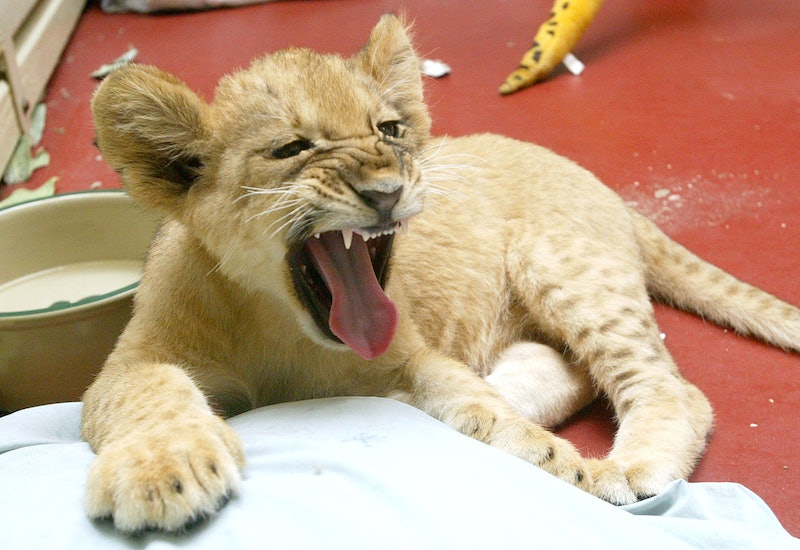 New to the annals of entertaining-and-well-done-but-somehow-totally-unsurprising science: psychology researchers at Ohio State University and the University of North Carolina at Wilmington have concluded that low blood sugar may be contributing to marital fights. As in, there's scientific backing behind being "hangry."

The psychologists studied over 100 married couples: for three weeks, the partners were each invited to use a voodoo doll representing their spouses, sticking pins in it to relieve tension if they wanted. The psychologists measured the participants' blood sugar at those times.

In general the participants were pretty happy, choosing to stick no pins at all in the voodoo doll 70 percent of the nights. Aw! But, as it turns out, the number of pins they did choose to stab into the doll correlated negatively with their blood sugar levels: lower blood sugar, more pins (twice as many pins for the lowest blood sugar participants as the highest!)

The real-world implication of this voodoo doll experiment is pretty straightforward: if your blood sugar drops, the anger you start feeling towards your partner may be an (illusory) result of that basic physiological fact. So don't start or engage in important or heated conversations when you're hungry, and if you feel that irritability coming on, have a snack for crying out loud!

Previous research has also found (troublingly) that blood sugar levels affect justice: judges are more likely to grant parole to prisoners who appear in court in the morning or after eating, as compared to prisoners whose cases are considered in the blood sugar slump just before lunch. And committing a crime in the throes of a blood sugar crash may even absolve you of legal responsibility for it. Cognition and emotions just don't function as well when a person's blood sugar drops below a normal baseline.

Why exactly do low blood sugar and hunger cause people to become angry, cranky, and irritable (a.k.a. "hangry")? Your brain runs on glucose, and when there isn't any available in your bloodstream, your self-control plummets because regulating oneself requires a ton of energy. Molehills turn into mountains, and what would otherwise be minor annoyances turn into divorce fodder.

Don't do too much fight-preventative snacking, though: being fat also ruins your marriage. And throw away that voodoo doll of your spouse, ya weirdo.