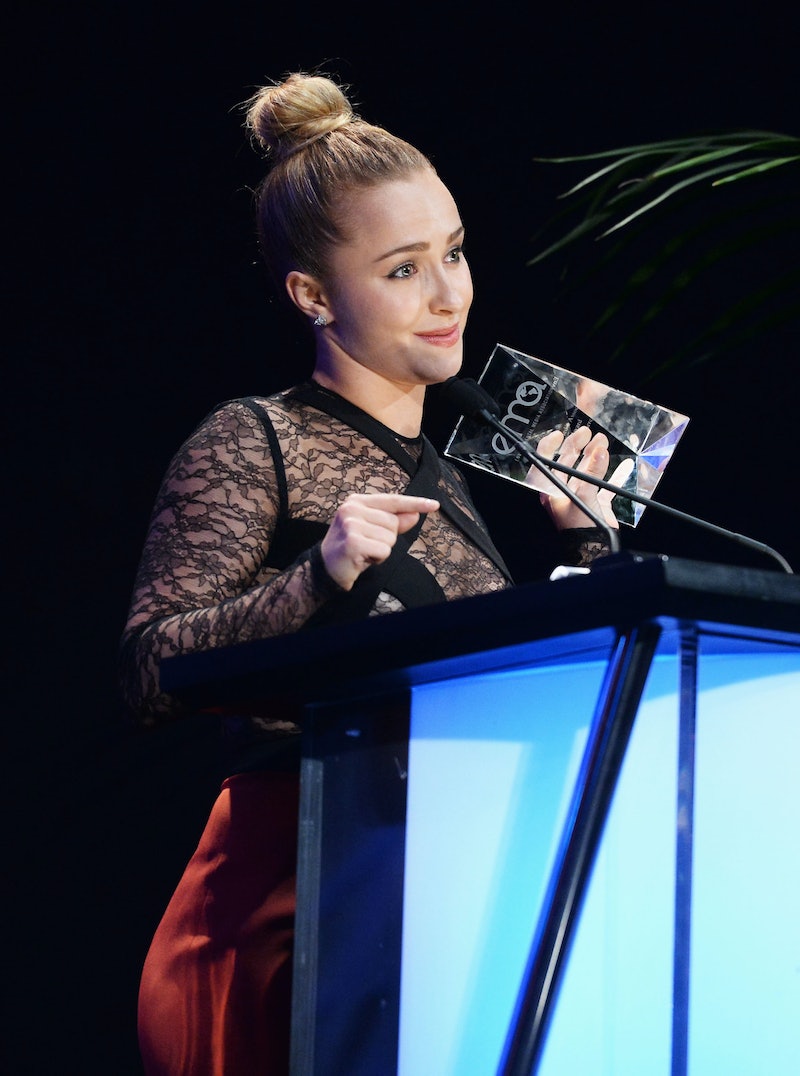 Superheroes are selling these days. With the success of The Avengers movies, The Amazing Spider-Man franchise, and the Batman movies giving us further costumed capers to look forward to in the next few years, it was pretty much a given that Hollywood would eventually continue trying to replicate that success on the small screen. The Heroes miniseries that NBC announced in February 2014 is called Heroes Reborn and all we knew about it before besides the title was that it's coming out in 2015. Now it has been announced that NBC will launch the Heroes Reborn: Digital Series as an online prequel to the show and that former Heroes star Hayden Panettiere isn't going to be in the reboot.

Wait, what? Apparently, Hayden Panettiere didn't know about the show at all until she got a text message from her cousin, which doesn't bode well for any reappearance from her character, the basically immortal cheerleader Claire Bennet. "It was a shock to me," Panettiere said to US Weekly. "... I mean, I hope that they don't have somebody else playing our characters, that would be a little dagger in the heart. But, you never know. I wish them success in it, for sure." She didn't rule anything out, but that doesn't sound like the overwhelming excitement of an actress eager to get back into the superhero world.

There's been absolutely no word on a potential cast at all, but the series finale didn't exactly wrap up every storyline satisfactorily. Can NBC get old fans behind the show if it doesn't remedy at least some of that? Or will they alienate them just by trying when they really should have just left it alone? The new series will air on NBC.com and while it's not the first instance of using online companions to promote a popular series, it does kind of assume a lot. The big assumption here is that people will tune in for a Heroes reboot at all.

The show became a trainwreck at some point that is still hotly contested by fans who can only agree on the fact that the wreck did happen and that's still fresh enough in their minds that they might be a little wary about investing their time in the series again. The longer Heroes went on, the more convoluted and insulting the storylines became — insulting to the intelligence of critics and fans alike. That problem might be circumvented by the fact that the miniseries is only intended to be 13 episodes long, but if they spend those 13 episodes trying too hard to recreate the magic of season one then we'll be right back where we started.

Launching an online companion to a show that hasn't even come out yet is a risky move. Heroes aired it's last episode four years ago and unless the digital series is meant to bridge the cap between the old series and the new series then it doesn't have much of a leg to stand on. A companion is meant to be just that — additional work to pre-existing media. Asking audiences to tune into the NBC website for a prequel of a show they know nothing about, with no familiar faces, is a gamble that NBC probably shouldn't be making. They'd be better off premiering the show and then releasing episodes of the digital series online after every broadcast.

More like this
Netflix Just Rebooted A Classic ‘90s High School Drama
By Maxine Harrison
This 'Big Brother' Legend Is Tipped To Host The ITV2 Reboot
By El Hunt, Maxine Harrison and Sam Ramsden
Here’s How 'House Of The Dragon' Diverges From The Book’s Timeline
By Allyson Johnson
Everything To Know About 'And Just Like That...' Season 2
By Jack Irvin
Get Even More From Bustle — Sign Up For The Newsletter