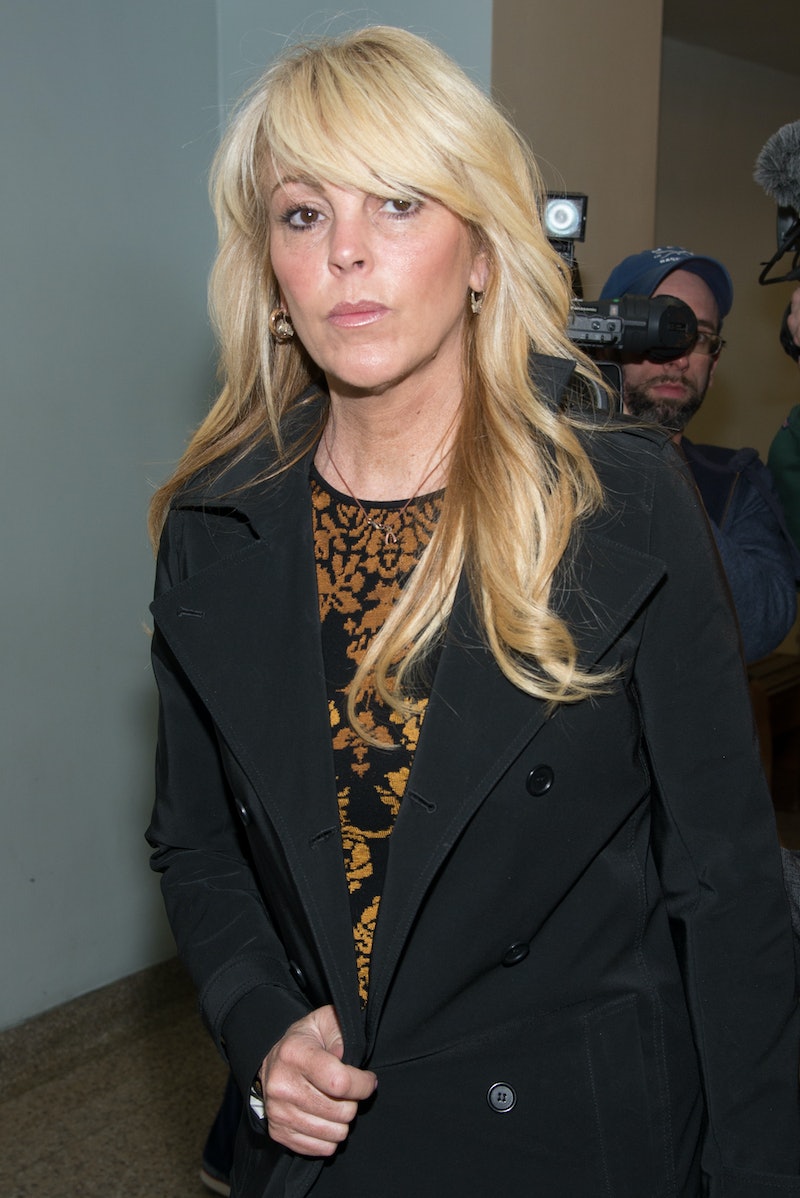 The Lohan family legal drama never stops and now Mama Lohan has had her day in court. Dina Lohan has plead guilty to a drunk driving charge for an incident which occurred in September 2013. Dina entered her plea on Tuesday at the Nassau County District Court and received 100 hours of community service and $3,100 in fines ahead of her formal sentencing date of June 3. At that point, it is expected that Dina will also be required to take an alcohol education class and have an interlock device installed on her car.

According to the Daily News, Dina was arrested in September for "going 77 mph in a 55 mph zone. Police said her blood alcohol level was more than twice the legal limit." Dina claimed that she was fleeing paparazzi at the time and received three points on her license instead of the original nine.

Community service is nothing new to the Lohans. In 2011, Lindsay Lohan was sentenced to 480 hours of community service for a shoplifting charge and had trouble completing her hours. Lindsay was kicked out of a women's center where she was serving for not following the rules. Of the 480 hours, Lindsay had to complete 120 working at a morgue. This was her second time completing hours at the morgue; she previously served there after a 2007 charge.

There is no word on whether Dina will have to go to the morgue herself, but it sounds like she doesn't need that kind of punishment to scare her straight. Or at least that's what she says. Dina told Newsday on her way out of the court, "I'll never be back here again. You can quote me on that one."

Additionally, Dina's lawyer Mark Jay Heller commented that Dina was happy with the deal she received saying in a statement, "This being the first day of Passover, Dina Lohan was very gratified to receive an offer that we could not pass over – no jail, no probation and the opportunity to resume her driving privileges. She felt this was a great start to the Holy Week."

Oh Dina! You're not supposed to think being sentenced in a DWI case is a "great start" to anything. Drunk driving puts yourself and other people in so much danger. Instead of being happy to get the chance to drive again, she should be throwing her license into the shredder and begging for more hours at the morgue. And throw in a few more for Lindsay, too. She could probably use them.