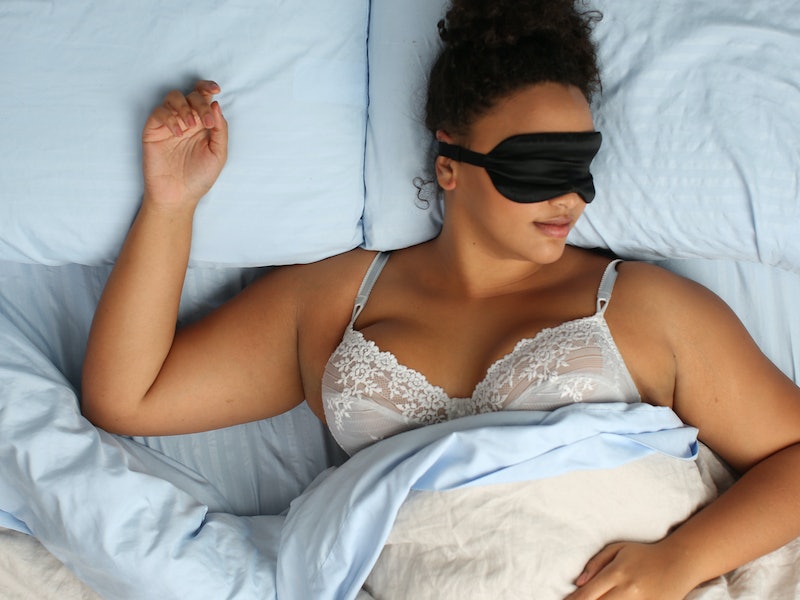 There's a new way to tell how happy you are in your relationship! Instead of honestly examining your feelings, it turns out all you really have to do is figure out how far apart you and your significant other are sleeping from each other. Apparently, people who are happier in their relationships sleep closer together.

In what sounds fairly intuitive but is still pretty interesting, a new study found that couples who come into contact while asleep are generally happier than those with "no touching" rules, and those who sleep one inch apart or less are more likely to be happy than those who sleep 30 inches apart. Go figure.

The study, conducted by the University of Edinbrugh, also discovered that the most popular sleeping position for the 1,000 couples who were part of their survey was back to back. A total of 42 percent slept this way, with 31 percent facing in the same direction and only four percent facing one another. I assume the other 23 percent of couples had someone staring straight up at the ceiling? Or maybe they just toss and turn too much?

This study seems to be the first one to really examine the sleeping positions of couples in conjunction with other aspects of their relationship, though the study relied heavily on self-reports from the participants — there were no ceiling cams watching people sleep. Which would have been creepy, but far more accurate.

Regardless, there does seem to be some type of link. Though there's also good news from the study, too. Even though only 12 percent of couples report sleeping less than an inch apart, only 2 percent say they sleep 30 inches or more apart, so it seems that people's relationships are, on the whole, doing pretty good. Ah, the power of love.

More like this
The Best Time To Date After A Breakup, According To Experts
By Bustle Editors
Scotland's First Period Dignity Officer Has Sparked Backlash
By Darshita Goyal
Why Experts Say Sleeping With A Fan On Isn’t Totally Risk-Free
By Sophie McEvoy
20 Things You Should Never Tolerate In A Relationship
By Rachel Sanoff and Kathleen Ferraro
Get Even More From Bustle — Sign Up For The Newsletter