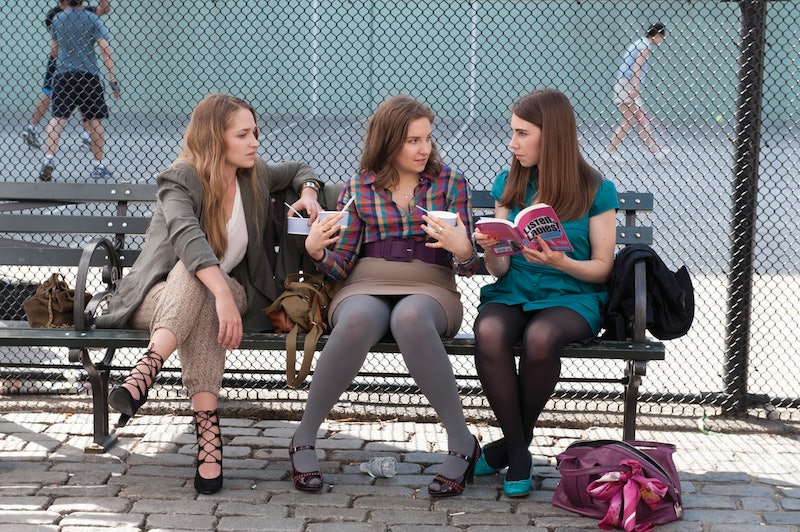 Whether news organizations are trying to sell us real estate, or promising that we'll wreck the economy, everyone seems obsessed with "millennials." Also, called the "ME Generation" or "Generation Y," this is my generation, roughly ages 18-35. Coincidentally, this age group is also a large part of the "key demographic" for television: the 18-49 crowd determines the ratings success of a TV show on traditional cable, and many networks consider the younger end of that spectrum to be the most important.

Although older millennials have been in the "key demo" for years, we're just starting to see TV studios sit up and take notice. For instance, the Pivot channel, which started up less than a year ago, has announced an entire slew of new TV options aimed at millennials, based on research into our actual interests. The network partnered with Nielsen to do market research that showed that the ME generation "is highly engaged in social causes and actively pursues a life of purpose." This isn't exactly the selfish, entitled bunch of codependent economy-ruiners TIME and others have made us out to be.

If we're as benevolent as Pivot's study suggests, millennials are probably looking for more intelligent sources of entertainment than The Real Housewives of New York. And since we're the demographic that matters, a range of options beyond GIRLS (even though we all love, or love to hate GIRLS) will eventually become necessary to keep millennials from abandoning cable television entirely. Already, we've seen some of the early signs of a shift in programming with networks like HBO and AMC opting for darker, more plot-heavy dramas like Breaking Bad and True Detective to keep attention away from equally dark and plot-heavy dramas on Netflix. And now, Pivot wants to jump into the game.

It is true that some of Pivot's new shows seem to simply emulate the veiled sexiness and melancholy of shows like Mad Men. For instance, Fortitude seems like an Alaskan remake of Twin Peaks, without the absurdist tendencies. The show takes place in the sleepy town of Fortitude, Alaska, where a brutal murder shakes up the allegiances in a small town's police department. But in a decidedly millennial twist on a tired trope, Fortitude also has to deal with nearby glaciers melting, revealing "secrets long since hidden beneath the frozen landscape." Now that sounds a bit more like the socially-conscious programming millennials long for.

But Pivot's new offerings go far beyond Alaskan cop dramas. The network has ordered over 13 new shows that are as varied as they are developed. On title still in development is Prison Earth, a "science fiction series with a strong female lead." Even if this show has no plot and a five dollar special effects budget, it's off to a good start. But the premise of the show sounds both culturally relevant and fabulously nerdy: the first group of aliens to visit earth are locked in a "Gitmo-like" prison while human governments determine their fate. The series promises to take on "racism, xenophobia and prisoner's rights" through the lens of extraterrestrials. This is hardly the first time someone has addressed race using sci-fi, but with the additional discussion of prison, this could get millennials talking about prison culture, if we weren't already.

The other Pivot shows seem equally fascinating and social-justice minded, which they hope will appease millennial activists. For instance, their proposing an alternative to How It's Made that follows a popular item like an iPhone from invention and production to the landfill, as well as a series that follows young entrepreneurs in Detroit.

As someone who believes in our generation, I'm hoping that, if the shows are as thoughtful as their descriptions, we can turn off Who Wants to be a Child Star or Teen Mom 40: The Exploitation of Minors and turn on something that starts a conversation.

More like this
Caleb McLaughlin Details Racism From 'Stranger Things' Fans
By Radhika Menon
What’s New On Netflix: Ana De Armas’ 'Blonde' & A Nick Kroll Special
By Arya Roshanian
What’s New On Netflix: Meet 'The Real Bling Ring'
By Arya Roshanian
Here’s Everything Coming To & Leaving Netflix In October
By Jake Viswanath
Get Even More From Bustle — Sign Up For The Newsletter