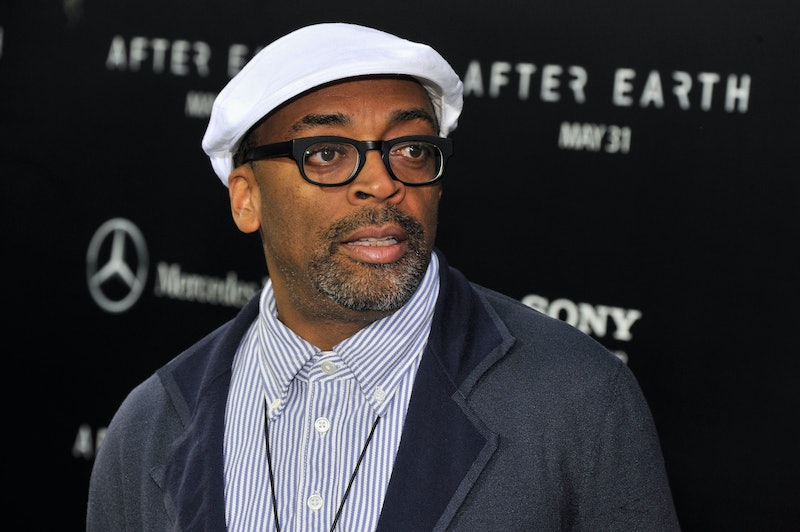 In the wake of the success of Zach Braff and Rob Thomas' Veronica Mars film on the crowdsourcing fundraising website, director Spike Lee has also taken to Kickstarter to implore fans to throw cash at his latest project, which he says is about "human beings that are addicted to blood." In the campaign video, Lee cites the Braff and Thomas' success, and gives his own filmography as evidence to back him. "This is a mother-f--king body of work right here," he says. So why does a director as established and well-known as Lee need to turn to Kickstarter to fund his projects?

Ego, that's why. Jon Lajoie of The League put it best in his amazing, hilarious video response on YouTube to the phenomenon of famouses using the crowdsourcing website. He posits:

"After I saw how Veronica Mars and Zach Braff fans responded to their projects in a mind-blowing way, I couldn’t help but think: What if instead of relying on traditional methods of wealth acquisition, I tried something different? What if I turned to you, my fans, for the money? By you simply handing over your hard-earned money to me, I could become super rich, without all the added pressure of actually doing something.”

Kickstarter should be reserved for those artists who really don't have any other means to raise funds for their worthy projects. Independent artists value websites like Kickstarter because it gives them a venue to show why their project is worthwhile, but if big names take over the site, it casts a shadow on artists and makers who don't have the name recognition.

Spike Lee is not the first celebrity to abuse Kickstarter, but hopefully, hopefully, he'll be the last. Plus: humans addicted to blood? No thanks.

More like this
What Is Ariana Grande's Net Worth? When It Comes To Money, She Has No “Problem”
By Hugh McIntyre
Kanye Joked About His Divorce To Kim K In A Surprise Speech At The BET Awards
By Alyssa Lapid
Lily Allen Was “Quite Emosh” After Performing Sober At Glastonbury Festival
By Stephanie Topacio Long
Olivia Rodrigo’s Song Dedication To 5 SCOTUS Justices Sent A Strong Message
By Grace Wehniainen
Get Even More From Bustle — Sign Up For The Newsletter