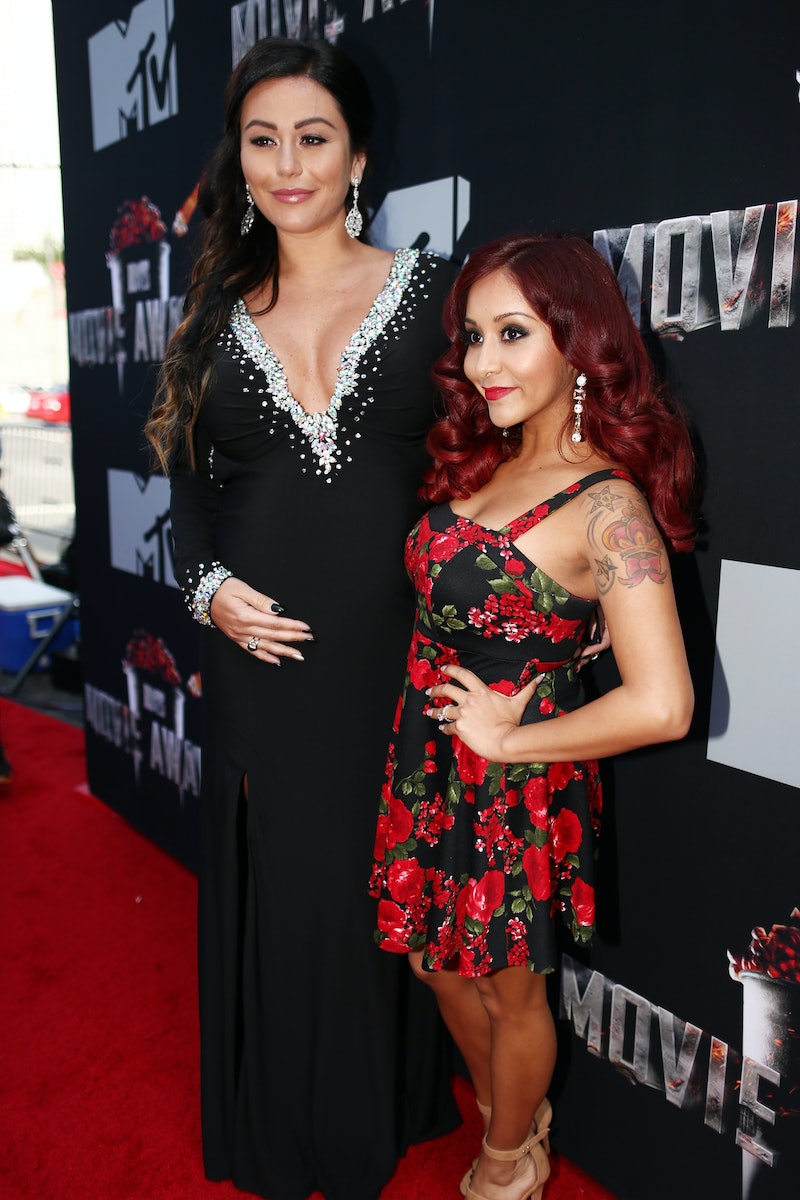 It's almost impossible to fathom that the notoriously belligerent JWoww is about to become a mother. Since the Jersey Shore ended in 2012, JWoww, or as she goes by these days, Jenni Farley, seemingly turned over a new, less perpetually drunk leaf. Which is why we were concerned to hear that Farley recently suffered a pregnancy scare. Apparently, the mommy-to-be's doctor called her to inform her that there was a cyst on her daughters brain. Farley exclaimed that she was gutted by the news and almost wasn't able to process it. Thankfully, the threatening cyst has since gone away and Farley can now rest easy.

With her and Snooki's pregnancies and Snooki's real live kid, (crazy, we know) the two have proved that despite all odds, they've matured. They're both (mostly) sober, healthier, and in committed relationships. Judging by their overwhelming good behavior, they seem genuinely interested in letting their past booze-induced shenanigans stay in the past. But, that doesn't necessarily mean that we will. Let's take a look at the dynamically drunk duo's evolution from juice-head-loving party girls to doting mothers and every deliciously raunchy detail in between.

Yes, we remember everything. Even the first day hot tub massacre, Snooki. Even that.

They started out dressing in horrifying outfits.

And they were always drunk enough to want to hurt somebody.

But then they realized it was time to chill and hang out...

And they began making lasting friendships.

They also probably stopped drinking a liter of alcohol each night...

But it did them well because Snooki stopped wearing so much make up.

And JWoww realized that maybe she had been a bit too quick to judge people.

They learned to take care of each other.

And in turn, they became able to care for others, as well.