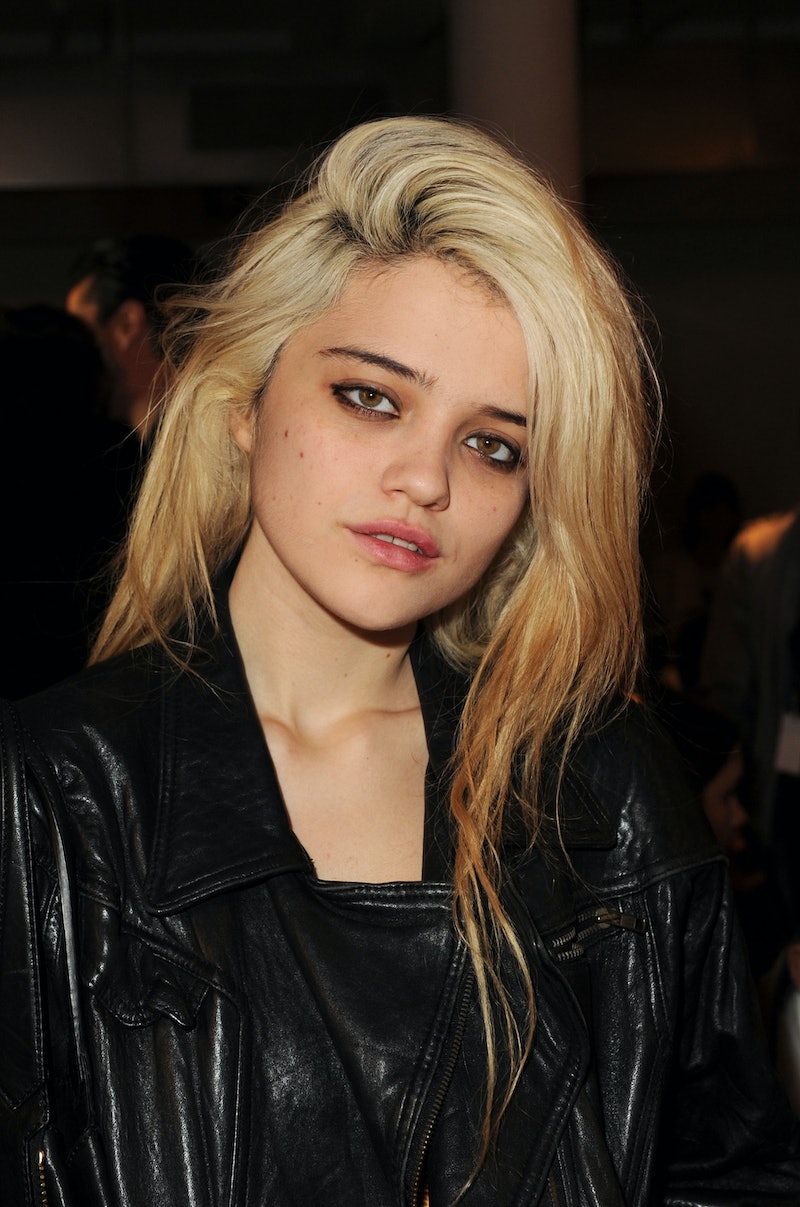 Once again, another pop star has used people of color as props. Sky Ferreira recently released a new video for her song "I Blame Myself" in which she hangs out in a ghetto as sort of the leader of a gang of black men, who act as her back-up dancers. Unfortunately, Ferreira doesn't seem to understand how this could be viewed as problematic, and posted the following on her Facebook:

Nothing upsets me more than being called racist because that is one of the most hateful things anyone can be. Not only do I find it insulting towards myself but I also feel insulted for the actors & dancers & my family in the video. No, I did not use black back-up dancers as "props". I never have and never will look at any human being as a prop. That's disgusting. It's also an idea that has never crossed my mind, which is what I find questionable of the people telling me that I did so. Dancers are objects?!?!?! How dare you! Dancers make things come to life.

What Ferreira doesn't seem to understand is that problematic images like the ones in her video are never intentionally racist. They emerge from a culture of racism. Ferreira made the video as a statement about her arrest last year, and purposefully chose an aesthetic like the '90s hip hop videos she grew up watching. There are two problems with this, and neither of them have anything to do with Ferreira being a secret racist: One, those '90s hip hop videos emerged from a culture that is not her own and two, she used that aesthetic to give herself some kind of street cred.

As Ferreira points out in her Facebook status, she isn't exactly white, either: she's part Brazilian, Portuguese, and Native American. But race doesn't excuse you from racism, especially since Ferreira can so easily pass as white. And what Ferreira doesn't understand is that the problem isn't that her dancers are black; inevitably in these conversations, people take these criticisms as a call for segregation, but that isn't the issue. The problem is that Ferreira makes the dancer's race into a spectacle, a performance. She takes advantage of existing racial stereotypes to project a certain image. She portrays these man as "thugs" so that by association, she can seem just as bad, just as hard, just as tough. No one is saying that the dancers are objects, but Ferreira treats them as such in her video. They're just background props, cool accessories for Ferreira's image.

Ferreira is far from the only pop star to appropriate another culture. Miley Cyrus famously capitalized on hip hop culture by using exclusively black female dancers to twerk with. Jezebel called out Lana Del Rey for trying on a Latina gangster image as if it were a trend. Pop stars continue to treat entire races and cultures as fashion accessories and image boosters (remember Gwen Stefani's Harajuku Girl phase?). Ferreira treating the ghetto as a cool background for her music video, as if it's just something from the movies, as opposed to a real place where actual people live, is no different.

It's understandable as to why Ferreria would be so defensive — no one wants to be called a racist. But Ferreria needs to understand that her privilege as a woman who can pass for white is what caused her to be blind to the problems in her music video. Since to everyone else, Ferreira is the "default," the norm, she doesn't have to consider how it looks to be the dominant image in a sea of black faces — to her, it just looks "cool."

But to everyone else, it's just another white person capitalizing on another culture of people of color for their own benefit.