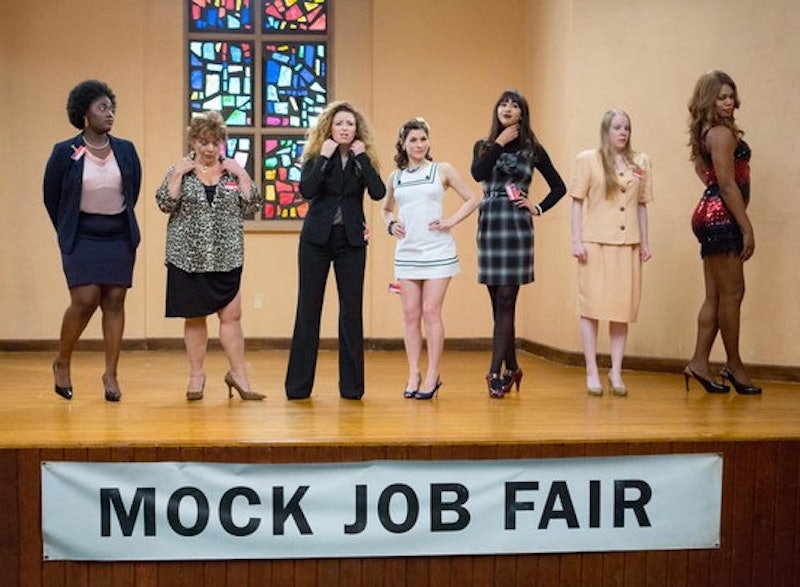 Are you ready to head back to Litchfield? Not for real, but via Netflix (duh...). So! The Orange Is The New Black Season 2 trailer is here, and it's absolutely nuts. But then again, what else were we supposed to expect after last season's finale — let alone, after last season's wild, highly addictive storyllne?

Let me reiterate: shit is going crazy in Litchfield.

It looks like Vee is now legitimately Red's arch nemesis, and Piper appears to be getting accustomed to prison life — and oh! Her new room looks like she may be in solitary. (So does this mean that Doggett is dead? Nope, Taryn Manning was promoted last summer to season regular, so unless we're looking at Doggett's corpse for the next season, she's unlikely to have been killed by Piper.) Or maybe Piper is just seriously dangerous? We got a glimpse into the madness that lurks behind her well-behaved, timid, WASPiness last season, and now we'll surely be privy to seeing even more of her prison-stricken descent.

We've also got some Mendez/Daya drama, some sad Jason Biggs, and potentially a new love interest for Crazy Eyes/Suzanne. And, of course, more Poussey and Taystee, since that is, without a doubt, the best friendship on television.

Netflix revealed some pictures last month (xoxo to you, Netflix), which gave us some insight into the season's potential hijinks and madness, but this trailer confirms it. Please oh please — June 6, can you get here a little quicker? Please? I'm preparing my binge-watching meals already (tampon sandwich not included).

More like this
Here's When 'The Crown' Season 5 Will Premiere — And What To Expect
By Bustle Editors
'Firefly Lane' Season 2 Will Be The Show's Last — But There's A Twist
By K.W. Colyard and Grace Wehniainen
Watch The Thrilling Teaser Trailer Of 'Shadow And Bone' Season 2
By Gretchen Smail, Jack Irvin and Sophie McEvoy
Netflix's 'Bling Empire' Season 3 Trailer Includes A 'Selling Sunset' Cameo
By Kadin Burnett and Sam Ramsden
Get Even More From Bustle — Sign Up For The Newsletter