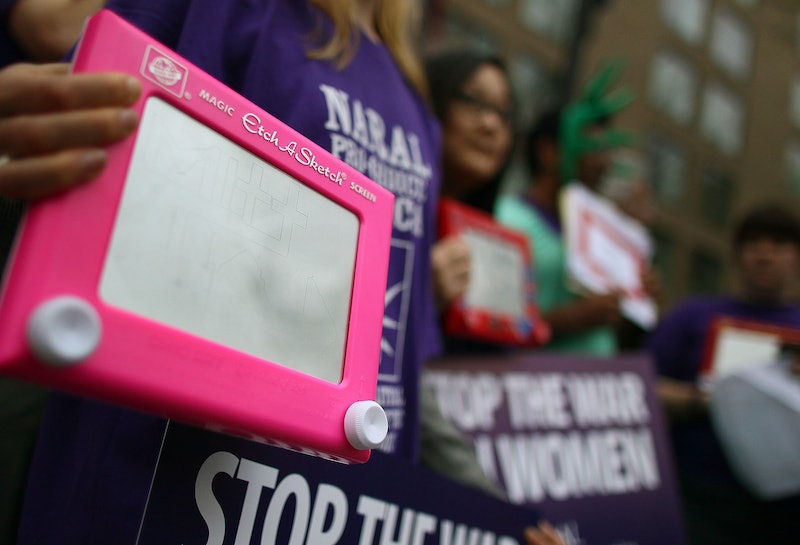 In March, North Dakota Gov. Jack Dalrymple (R) signed a bill that would have given North Dakota the most restrictive abortion laws in the country. In addition to imposing the first state ban on genetic defects such as Down syndrome and making it harder for doctors to perform abortions by requiring hospital-admitting privilege, the bill also included a highly contentious fetal heartbeat provision. North Dakota would have made abortions illegal as soon as a fetal heartbeat was detected, which can be as early as six weeks — before many women even know they are pregnant.

The measures are supposed to go into effect August 1, but a federal judge temporarily blocked the restrictive legislation Monday, saying it is clearly unconstitutional.

"There is no question that [the North Dakota law] is in direct contradiction to a litany of United States Supreme Court cases addressing restraints on abortion," according to Judge Daniel L. Hovland's ruling, "[It] is clearly an invalid and unconstitutional law based on the United States Supreme Court precedent in Roe v. Wade from 1973… and the progeny of cases that have followed."

When he signed the bill, Gov. Dalrymple acknowledged that the bill faced an uphill battle. “Although the likelihood of this measure surviving a court challenge remains in question, this bill is nevertheless a legitimate attempt by a state legislature to discover the boundaries of Roe v. Wade,” he said in at the time.

More like this
Iran Has Issued A Death Sentence Over Mahsa Amini Protests
By Catharina Cheung, Darshita Goyal and Maxine Harrison
Prince William Condemns “Unacceptable” Comments Made To A Black Guest At Buckingham Palace
By Shahed Ezaydi
Joe Lycett Just Took HIs David Beckham Qatar Protest To A Whole New Level
By Sophie McEvoy
MOBO Awards Found Kanya King On The Woman Whose Grit & Determination Spur Her On
By Kanya King
Get Even More From Bustle — Sign Up For The Newsletter