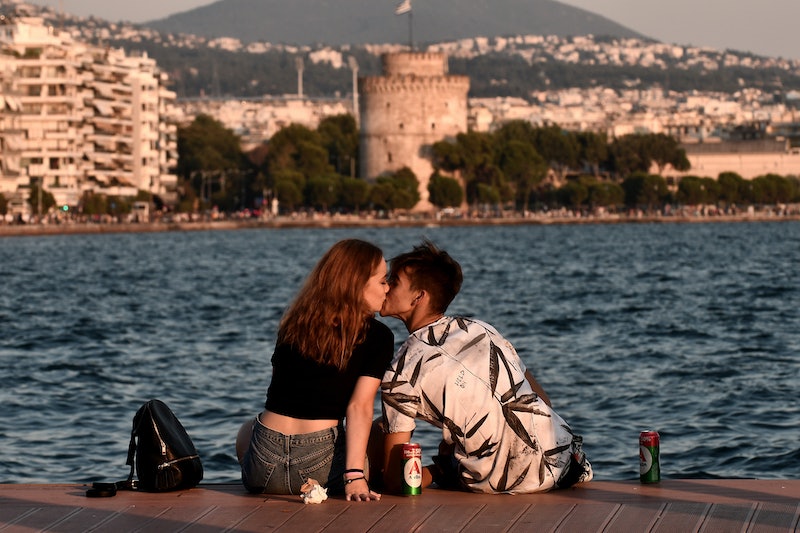 The Pew Global Attitudes Project just released the results of its global survey on morality, and some of the stuff in there is pretty surprising. Pew asked residents of 40 countries what they thought about alcohol and gambling, as well as a whole lot of questions about sex and marriage. Below, some of the most interesting findings. Let the raising of eyebrows begin.

Only half of all French people think it's morally unacceptable for married people to have an affair, and another whopping 40 percent think cheating isn't a moral issue. Well, after a recent Ifop study found that 55 percent of French men and 32 percent of French women have admitted to cheating, Pew's findings shouldn't really come as a surprise.

2. Japan, China, and Turkey are all more accepting of abortion than the U.S.

In Japan's case, the difference is kind of astounding. While only 17 percent of Americans find abortion morally acceptable (seriously?), for the Japanese this figure rises to 44 percent. On a side note, can you guess which region of the world has the highest rate of abortions? It's actually Eastern Europe, with a rate of 43 abortions per 1,000 women.

51 percent of Egyptians think it's morally acceptable to get a divorce. To put that in perspective, only 33 percent of Americans hold the same view. If you think about it, Ancient Egyptian women were actually some of the only women in the ancient world to be able to initiate divorce. So it's only fitting that they should embrace that right today.

4. Argentina, Chile, Mexico, and Brazil are all more accepting of homosexuality than the U.S.

Get with the times, people. Only 23 percent of Americans think homosexuality is morally acceptable, compared to Argentina's 49 percent. Argentina has even started welcoming gay couples into their tango competitions! A million points for Argentina.

5. Venezuela and the Czech Republic are most favorable toward premarital sex

It's true — more so than even the sexy French. African and Asian countries tend to frown upon premarital sex the most, and so do people over 50, worldwide. In the U.S., while 29 percent think it's morally unacceptable, a 2006 study actually showed that more than nine out of ten Americans have had premarital sex. The jig is up, you bunch of minxes.

6. The world pretty much agrees that contraception is OK

Only in Pakistan, Nigeria, and Ghana did more than half of respondents say contraceptives were morally unacceptable. And in the U.S., it's less politically divided than you might think – 8 percent of Republicans find contraceptives immoral, compared to 6 percent of Democrats.

To be honest, the U.S. kind of falls short in this survey. I'm tempted to pack my bags and check out Argentina.