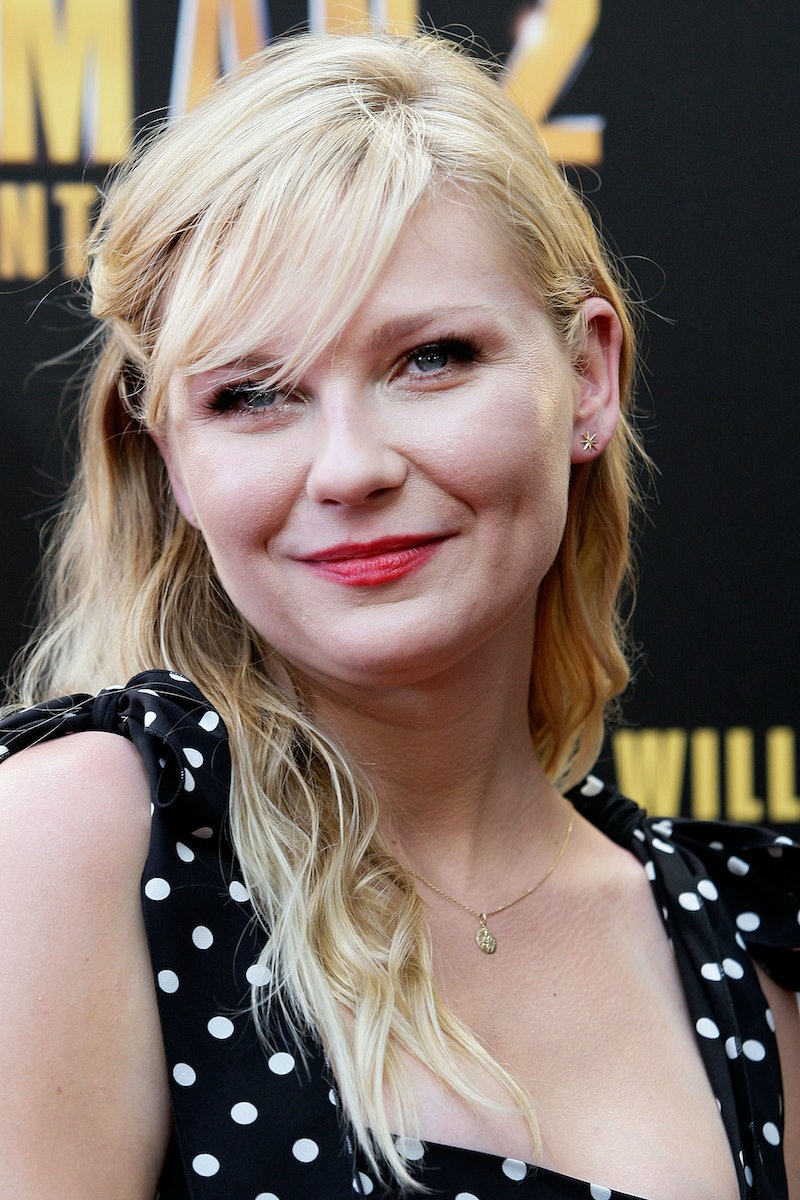 Well, looks like Kirsten Dunst is on a roll with backwards gender roles (get it??). Recently, Dunst took relationships back to the 1950s and now she's applied the same kind of sexism to the workplace. In an interview conducted by Sofia Coppola in W Magazine, Dunst said that she's never encountered a director who tried to make advances on her. In fact, she implied that actors or actresses who do get hit on by directors are asking for it, saying "I don’t give off that vibe. I think that you court that stuff, and to me it’s crossing a boundary that would hinder the trust in your working relationship."

As a reminder, here's what she said about gender roles.

I feel like the feminine has been a little undervalued… We all have to get our own jobs and make our own money, but staying at home, nurturing, being the mother, cooking – it’s a valuable thing my mom created. And sometimes, you need your knight in shining armor. I’m sorry. You need a man to be a man and a woman to be a woman. That’s why relationships work.

It's one thing when Dunst is taking a less-than-progressive stance on personal relationships. But it's quite another when she's applying those same traditional views to the workplace. Sexual harassment exists in work environments in nearly every industry, possibly more so in film than most other industries. Implying that actors or actresses who are sexually harassed by directors are "courting" it is extremely harmful, especially for women in the workplace.

Sexual harassment is already a difficult thing to report — according to a study by ABC News and the Washington Post , only 41 percent of those who said they've experienced sexual harassment in the workplace reported it. Saying that actors who are sexually harassed in the film industry are essentially "asking for it" can not only lead to those who experience it being discouraged from reporting it, but it can also make people less likely to believe those who do report it.