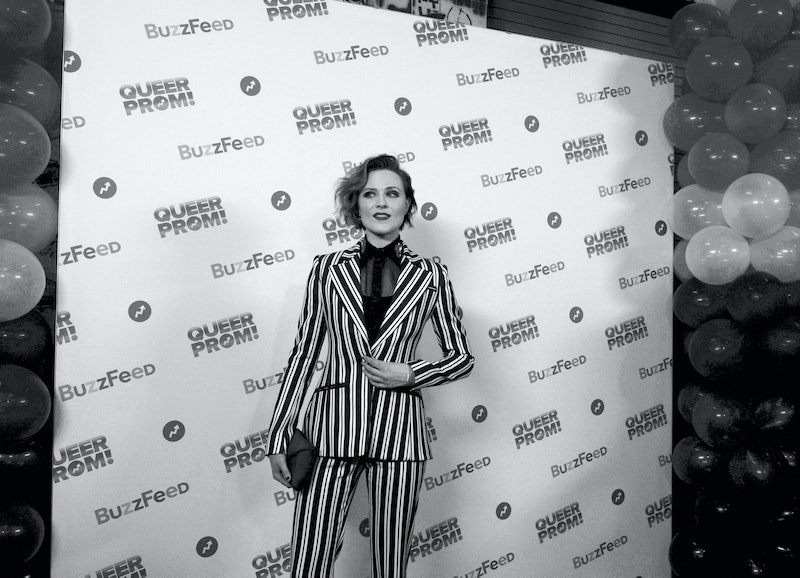 Prom season is here, and it represents a memorable rite of passage for so many American teenagers. But for others, it can be a horrific and humiliating event. Thousands of LGBTQ teenagers have struggled with bringing same-sex dates to their high school's proms, making national news or even facing expulsion for inviting their romantic (or just friendly) partners to a school dance.

Though neighborhood gay proms have aimed to create a safe space for queer teenagers who just want to be themselves at prom, that doesn't stop the discrimination at students' schools. But in the past few years, many proms around the country have crowned LGBT prom queens and kings, ignoring "traditional" standards and letting all types of students wear the coveted crown.

Here are some awesome lady couples who rocked their school dances without sacrificing who they are and conforming to societal expectations, in the process helping put an end to bullying and discrimination against LGBTQ teenagers.

These two beautiful ladies made history when they were named the homecoming queens at Calabasas High School in California last fall.

These students at San Diego's Patrick Henry High School won homecoming king and queen in October 2011, with some people responding angrily that a woman was crowned king. After the dance, Rebeca posted on Facebook: "For all the girls who think tradition should be continued, go back to the kitchen, stop having sex before you're married, get out of school and job system, don't have an opinion, don't own any property, give up the right to marry who you love, don't vote, and allow your husband to do whatever he pleases to you. Think about the meaning of tradition when you use it in your argument against us."

Long Island best friends won homecoming queen and king in October 2013, though the community was less than thrilled that Shepherd, who identifies as female (and a lesbian), won the title of king.

Okay, so they're a fictional couple, but they did look adorable in The L Word 's prom episode.