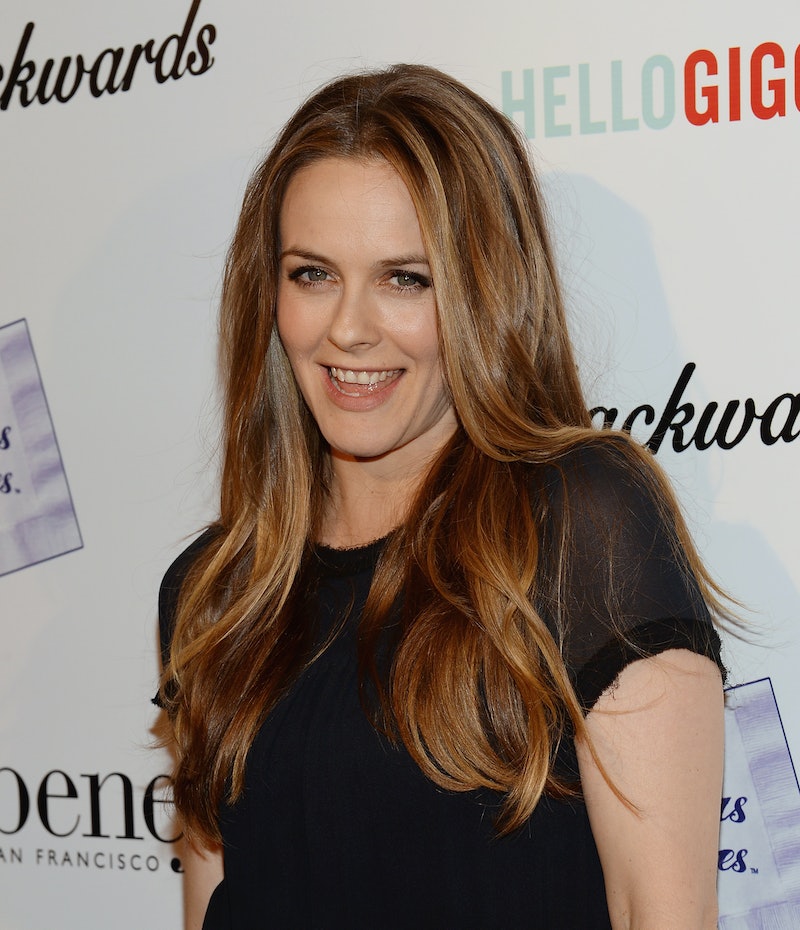 In a near-total 180 from her infamously superficial Clueless role, Alicia Silverstone has made herself known for being aggressively into the capital-N Natural, pioneering raw veganism and animal rights at every given opportunity. (I mean, the most Cher Horowitz ever did was bring her ski equipment to the Pismo Beach drive.) These days, however, it seems the actress's favorite topic on which to pontificate is parenthood — as evidenced by her book The Kind Mama , which came out last September and bears the whopper of a subtitle "A Simple Guide to Supercharged Fertility, a Radiant Pregnancy, a Sweeter Birth, and a Healthier, More Beautiful Beginning" — which, if nothing else, proves she's long since given up on trying not to seem sanctimonious. Recently, however, she opened up to People magazine about yet another mothering challenge: the art of Alicia Silverstone potty-training her son Bear, now almost three. And, wouldn't you know it, she's cracked nature's code once again.

According to Silverstone, she didn't have to worry about weaning Bear off of diapers, because he barely ever used them in the first place. From the time he was six months old, excepting a nighttime or two, her son was simply shepherded to the bathroom by Silverstone after she sensed, Spidey-style, that he had to go.

“Just like your baby tells you it needs to eat or it’s tired, they tell you when they need to go to the bathroom,” she explained. “They give you cues, but we’re ignoring those cues. If you pay attention, they actually have a pause button and will give you enough time to get to a place that makes it comfortable for them to go... It’s the most natural, primal thing.”

So, clearly, Alicia Silverstone is the Child Whisperer. Either that, or, following the "pause button" ethos of it all, she's treating motherhood like a game of The Sims, watching carefully for her charge to start flailing or gibberish-ing or changing his mood avatar. Which, if it's anything like the actual Sims, means a lot of of glazed-eyed snack-eating before a quick switch to decorate mode to redo the wallpaper. Ah, how primal!

“That all aside, when I got into it, I was so excited because it was another way to communicate," she elaborated. "The joy he experienced in being heard and the teamwork, it was amazing.”

Of course, at this point, one is tempted to recall the last time Silverstone and Bear made the news for their parent-child "teamwork": when a video surfaced of her "kiss-feeding" her son, mouth to mouth, like a bird.

I think I'll let Cher speak for me here.

Still, who's to say that Silverstone's Natural, Supercharged, Radiant approach isn't, in fact, Sweeter, Healthier, and More Beautiful, at least for some? And if she's stoked on the environmentally friendly amount of diapers her "guess and rush" approach saves, then more power to her and her bathroom-savvy son.

I'm sure this level of preternatural closeness will in no way scar him in the future.