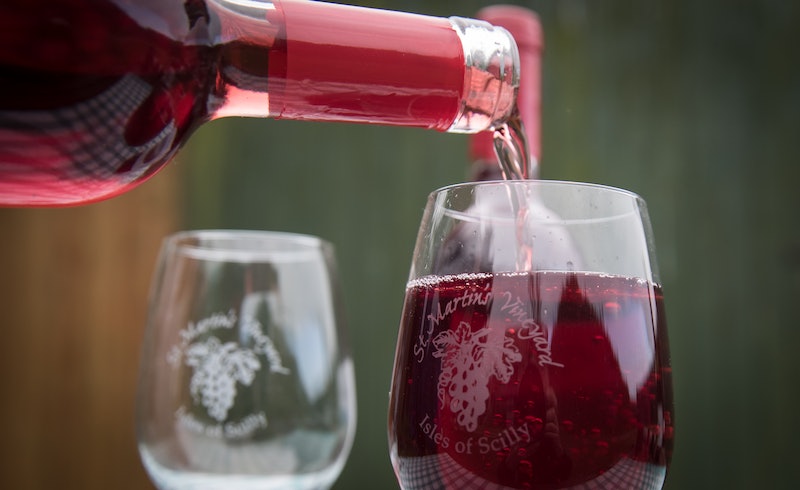 Good news for wine enthusiasts everywhere: According to alcohol expert Dr. Kari Poikolainen, you can go ahead and drink an entire bottle of wine per day — it might not be as bad for you as we thought.

According to Dr. Poikolainen, author of Perfect Drinking and Its Enemies and former World Health Organization expert, drinking only becomes harmful when people consume 13 or more alcohol units a day. A bottle of wine only has about ten units in it; so, according to this logic, a bottle a day is A-OK. “The weight of the evidence shows moderate drinking is better than abstaining and heavy drinking is worse than abstaining — however, the moderate amounts can be higher than the guidelines say,” he recently said to the Daily Mail.

However, as Gothamist points out, there are rather a lot of contradictions within the world of alcohol research; as such, it’s probably best to take this news with a grain of (margarita) salt. Remember the University of Connecticut’s Dr. Dipak Das? Once upon a time, he released a whole bunch of studies focusing on the positive effects of red wine on the aging process — but two years ago, he was found to have committed over 100 acts of “data fabrication and falsification.” Trustworthy source? Not so much. Not that Dr. Poikolainen is guilty of the same crimes or anything, but still. Furthermore, Julia Manning from think-tank 2020Health told the Daily Mail, “This is an unhelpful contribution to the debate. It makes grand claims which we don’t see evidence for. Alcohol is a toxin, the risks outweigh the benefits.”

So do what you will with this little tidbit. However you choose to deal with it, though, drink responsibly, OK?